Phones on contract from just £10 a month. 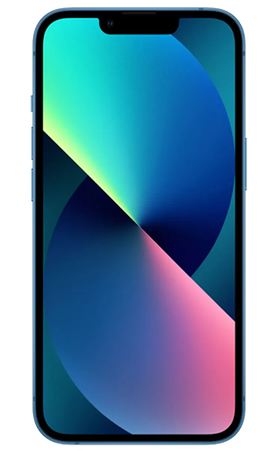 What is a contract phone?

Mobile networks offer mobile phones on contracts which come with a bundle of minutes, texts, and data. This is usually over a 24-month period and may involve having to pay something upfront for the phone, or the device itself may be free.

This effectively spreads the large upfront cost of a new mobile phone over a longer period, which you can pay off in monthly instalments. This can be a huge bonus with the cost of modern flagship smartphones now well over £1000.

What are the advantages of a phone contract?

The advantage of taking out a pay monthly contract is that you do not have to pay as much upfront for a new smartphone – in fact, you will often get the phone itself free, which can make the whole cost a lot more manageable, particularly if you are after a high-end phone which would usually cost hundreds of pounds.

All contracts come with a bundle of inclusive minutes, data, and texts to use per month. Most modern contracts are taken out over 2 years, after which you are free to switch to a SIM Only deal to save money or upgrade to a new smartphone. Those looking for even more flexibility should consider a Pay As You Go phone.

What are the disadvantages of a phone contract?

The disadvantages of a phone contract are that you get locked into a contract for a 24-month period. If you want to leave your contract early and switch network, you will have to pay an early exit fee, which on Three is 80% of the value of the remaining contract.

If you buy a phone outright and get a SIM Only plan you can choose from 12-month or even 1-month plans giving you more flexibility. Those looking for even more flexibility can go on a Pay As You Go plan.

Why choose a Three phone contract?

There are numerous reasons to choose Three, but one of the most important is the great value deals that are available with free phones starting from just £10 a month.

There are also a number of additional benefits on Three that you won't get elsewhere, including cheap worldwide roaming in 71 destinations, truly unlimited data and unlimited tethering.

All plans on Three also come with 5G at no extra cost, so if you have got a 5G phone you will be able to enjoy breakneck speeds without paying a penny more.

Can I get a free phone on contract?

Free phones are available on Pay Monthly contract from £10 a month. There are also a wide range of phones available with no upfront cost, including the latest iPhones, Samsung Galaxy phones and more.

Bear in mind that it sometimes offers better value to pay a small upfront cost for a phone, which helps reduce the cost to the network and lowers monthly costs.

Will I need a credit check to get a contract phone?

Yes, all Pay Monthly phone contracts require a credit check due to the value of the phones being offered to consumers.

Those with bad credit might want to consider choosing a Pay As You Go phone, or getting a SIM Only deal as they have less strict credit checks.

Can I get a phone contract with unlimited data?

Yes, Three offer unlimited data phone contracts on every mobile phone they sell, including the latest Apple and Samsung smartphones.

What’s great Three’s unlimited data plans is they have no speed restrictions or usage limits, so they are truly unlimited.

Can I get a 5G phone on contract?

Yes, Three have a range of 5G Ready phones available to buy. Those lucky enough to live in an area with 5G coverage can enjoy superfast speeds, while those still waiting will be future-proofed for when it does arrive in the area.

What are the best mobile phones available on Three?

Three stock a range of the latest phones, including the latest flagship from Apple and Samsung. They are available on a range of Pay Monthly contracts and Pay As You Go plans.

Every phone sold on Three is 4G Ready, while a number are 5G Ready making them future-proofed for years to come. Three no longer offer 3G only devices, but the 3G network is still available.

Are 5G phones available on Three?

Yes, and they all come with 5G at no extra cost. That includes the latest phones from Apple, Samsung, OnePlus and many more.

Browse all the 5G phones available on Three.

Is Three a good network?

Three’s network has won numerous awards, including Best Network for Roaming at the uSwitch Mobile Awards 2020, as well as Best Network for Data and Best Value Network at the Mobile Choice Consumer Awards 2019.

There are also several reasons to choose Three, including 5G at no extra cost on all plans. Also, all plans come with cheap roaming abroad, inclusive tethering, and they even offer truly unlimited data plans with no speed restrictions.

Coverage has also been improving rapidly in the last couple of years with huge investments being made in the network infrastructure.

What type of mobile phone plans do Three offer?

Three offer both Contract phones and Pay As You Go phones. Three's Pay Monthly plans all carry a minimum term of 24 months and come with both a phone and monthly allowances of minutes, texts, and data.

Pay As You Go is just that, paying for the minutes, texts, and data that you need and topping up when you run low on credit. Unlike Pay Monthly plans there is not a set contract duration or monthly bill you just pay for what you need when you need it.

Can I get a contract deal for my current phone?

Absolutely, just opt for a SIM Only plan and stick the new SIM card in your old phone. Your phone will have to be unlocked or on Three though.

Can I get a phone with unlimited data on Three?

Yes, Three offer a range of plans with truly unlimited data on a range of Pay Monthly phones. They all come with 5G at no extra cost and no speed restrictions.