Honor 6A in stock as an exclusive 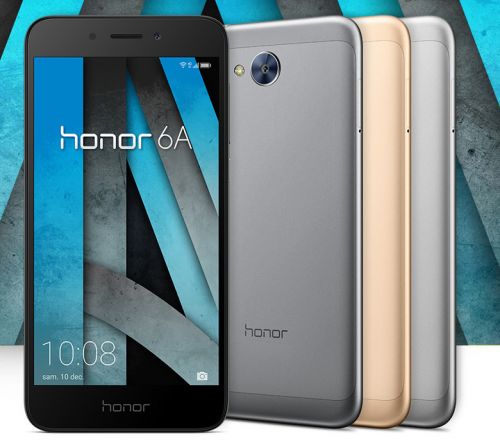 There are a number of great low-end phones to choose from and now the Honor 6A has been added to the mix, exclusively on Three.

The Honor 6A is out now for just £140 on Pay As You Go or from £11 per month with no upfront cost, and with a slim 8.2mm thick metal build it looks like something that should be a lot more expensive.

It also feels premium in the hand, with a silky finish, and the Honor 6A’s appeal goes beyond its looks, as it has a 13MP camera too, so you can take clear, detailed photos, while its phase detection autofocus lets you lock on in just 0.5 seconds, so you’ll never miss a moment.

The Honor 6A also has a 5MP front-facing camera, making it as good for selfies as most rivals and it’s got more power than you might expect, thanks to a 1.2GHz octa-core Snapdragon 430 chipset and 2GB of RAM, for smooth performance.

That chipset combined with the phone’s 3,020mAh battery gives you a long-lasting phone, that can keep on going for up to 57 hours of music playback – so you’ll easily get through a day or more of general mixed use.

And if you don’t want to stream your music there’s plenty of room to store it, with 16GB of memory built-in along with a microSD card slot which allows you to add up to 256GB more.

Rounding out the specs there’s a compact 5.0-inch 720 x 1280 screen giving you a crisp 294 pixels per inch, and the Honor 6A runs Android 7 Nougat, so the operating system is up to date.

Competition is steep, but if you’re looking for an affordable yet stylish phone with a decent amount of power too, the Honor 6A could be a great choice. And with a range of plans, the potential for unlimited streaming data and generous free roaming Three is the perfect partner.