The powerful and affordable Honor 8 is coming soon to Three 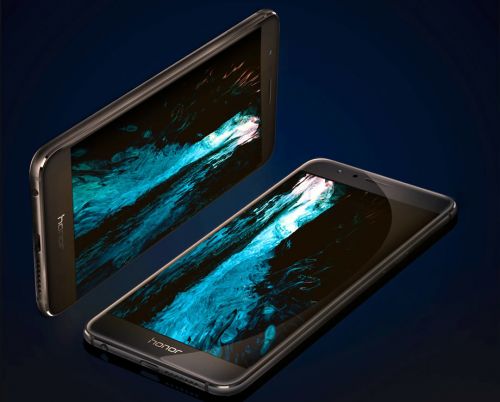 High-end phones can be very expensive, but they don’t have to be, as the brand new Honor 8 proves.

The phone is launching in the UK for just £370 SIM-free, which isn’t cheap, but is surprisingly low given the specs of this phone. So what do you get for your money?

Well, the Honor 8 has a sleek design, with a glass back and a metal frame, all coming in at just 7.5mm thick, and the premium appeal goes beyond the looks, thanks to a powerful octa-core processor clocked at up to 2.3GHz and coupled with 4GB of RAM.

That’s enough power to rival the biggest and best flagships around, like the Samsung Galaxy S7 and HTC 10.

The 5.2-inch 1080 x 1920 screen, which you can see up close in Three’s hands on video above, should impress too, coming in at a sharp 423 pixels per inch, and the 12MP dual-lens camera works just like the snapper on the Huawei P9, with one colour lens and one monochrome one, delivering rich, detailed images.

Round the front there’s a high-spec 8MP selfie camera and there’s a fast fingerprint scanner, which can also act as a shortcut to apps and functions if you tap, long-press or double click it.

The Honor 8 is a fully flagship spec phone then, complete with 32GB or 64GB of storage, a microSD card slot, and a big 3000mAh battery which supports fast charging. All that for around £150 less than most high-end handsets.

The Honor 8 will be launching on September 9th exclusively on Three, where you’ll be able to pick it up in Sapphire Blue or Midnight Black on a range of contracts, likely at an appealing price if its SIM-free price is anything to go by.

It’s a big upgrade on the Honor 7, and looks to be a great choice if you want a flagship handset without a flagship price.