Honor 9 on sale with Three Get 6 months half price 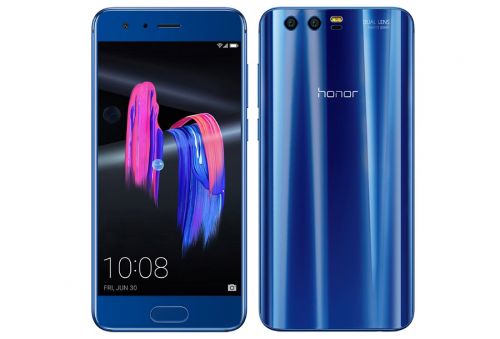 The Honor 9 is a phone that’s sure to turn heads, with a back crafted from 15 layers of curved glass, causing light to bounce off it at numerous angles to stunning effect.

And not only does it look great, it also has top-tier specs and features, such as an octa-core Kirin 960 processor with four cores clocked at 2.4GHz and four at 1.8GHz. That’s paired with 4GB of RAM, for flagship performance.

The Honor 9 also has a dual-lens camera, with a 20MP monochrome lens and a 12MP colour one combining to take richer, more detailed photos. Or you can use portrait mode to blur the background of shots, or the monochrome lens alone for a true black and white photo. Then there’s the Motion photo mode, which captures a couple of seconds of audio and video every time you take a shot.

Other highlights include a 5.15-inch 1080p screen, coming in at a sharp 428 pixels per inch, making it crisper than even an iPhone 7, an 8MP selfie camera, and a convenient fingerprint scanner below the screen.

There’s a healthy 64GB of storage built-in, plus a microSD card slot, which can double as a second SIM card slot.

So the Honor 9 is a truly top-flight phone then, but it doesn’t have a top-flight price, coming in at just £379.99 SIM-free. And if you’d rather get it on contract there’s good news, because it’s coming soon to Three.

The network will be offering the Sapphire Blue model as an exclusive, and while the exact release date and contract prices haven’t been confirmed we doubt you’ll have to wait too long or pay too much to get your hands on the Honor 9.

And of course, being on Three you can also benefit from extras like unlimited data and free roaming in 60 destinations through Feel at Home Around the World.