Best smartphones for the beach 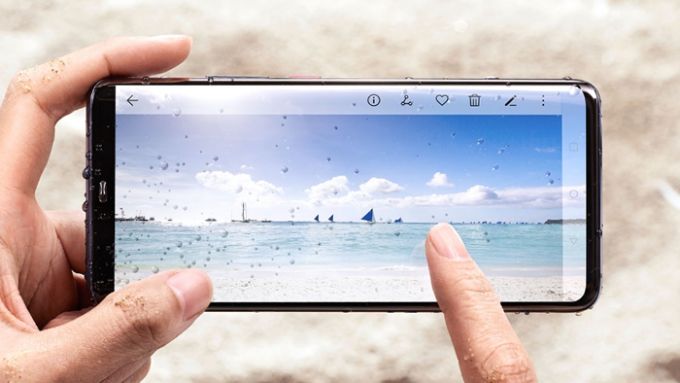 Summer is never far away and even in rainy Britain that means people will be swarming to the beach to catch some rays.

But this is 2022, so of course they’ll be bringing a smartphone with them. The problem there is that some phones are much better suited to the beach than others.

All that water and sand can play havoc with undefended handsets, while bright sunny days can make it hard to see the screen. With that in mind we’ve created this guide to the best smartphones for the beach. So in no particular order (because they’re all suggested for different reasons) here are our top choices. 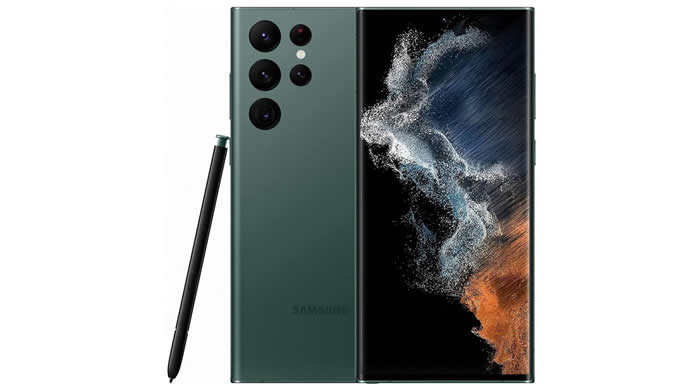 The Samsung Galaxy S22 Ultra is arguably the best phone you can buy in 2022, but it also happens to be a strong option for use on the beach.

There are a few reasons for that. Firstly, it’s IP68 certified, meaning it can be safely submerged up to 1.5 metres deep in water for up to 30 minutes, so it doesn’t matter if it gets splashed or even dunked.

Saying that, this rating only really applies to fresh water, while the sea is obviously salt water. What that means is that if you do submerge it in the sea, you should rinse it with still fresh water and then dry it with a cloth afterwards, otherwise said salt could block things like the speaker or earpiece. So it’s a bit of a hassle, and not advised, but far preferable to using a device that will get fried when wet.

We’d emphasise that for these reasons you shouldn’t intentionally dunk the Samsung Galaxy S22 Ultra in the sea – especially as waves and other water moving with force can still cause damage, the protection just gives you a safety net should it accidentally get wet.

But – perhaps more usefully - that IP68 rating also helps it resist dust, meaning that sand is less of an issue for the Samsung Galaxy S22 Ultra than for some phones.

Protection aside, the other thing that really makes the Galaxy S22 Ultra a good bet for the beach is its screen, as it’s very bright, reaching up to 1,750 nits. That’s important as it means you should be able to properly see the screen even in direct sunlight.

Plus, the Samsung Galaxy S22 Ultra has a great camera setup, so you can take some quality snaps to remember your trip. 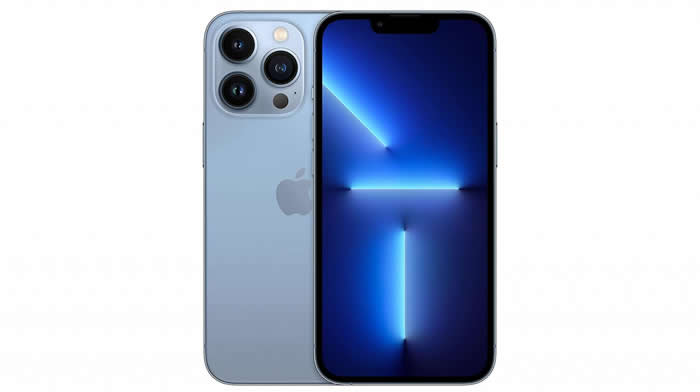 The iPhone 13 Pro – along with the iPhone 13 Pro Max – is a premium flagship like the Samsung Galaxy S22 Ultra, with many of the same beach-friendly credentials, just aimed at fans of iOS rather than Android.

The main point to note is that like the Galaxy S22 Ultra it is IP68 certified – though Apple claims you can submerge it up to 6 metres deep rather than the standard of up to 1.5 metres, so it might actually be slightly more waterproof.

Regardless, the other limitations still apply – it’s only safe to submerge it for up to 30 minutes, and doing so in sea water isn’t advised. If you do accidentally get it wet with salt water, you should rinse it in still fresh water and then dry it.

As with the S22 Ultra that rating also gives it some protection from sand clogging up the inside, and this phone has a similarly high-quality camera and screen, albeit with the latter coming in a smaller 6.1-inch size.

The Samsung Galaxy A53 5G is a mid-ranger that’s affordable enough for it not to be a catastrophe if it gets damaged or lost on your beach trip, but it still packs in all the core specs and features most buyers are likely to need.

It’s also got some amount of water and dust resistance, which isn’t always the case in the mid-range.

It has an IP67 rating, meaning it’s protected against dust (which should help with sand) and can be submerged up to 1 metre deep in water for up to 30 minutes. All the same caveats about salt water as on the phones above apply here, but it’s better than nothing.

The Cat S62 Pro is not a phone you’ll find us recommending often, but if you just want the handset that’s most likely to survive an accident on the beach, then this is it.

It’s IP69 rated, meaning it can survive submersion up to 1.5 metres deep for up to 35 minutes. As ever, you should take extra precautions in salt water, though this does benefit from at least being resistant to salt mist.

It also meets military standards for resistance to high and low temperatures, humidity and vibrations, plus it’s designed to survive drops from 1.8 metres onto steel, so should be able to handle anything a beach can throw at it.

As with most rugged handsets this isn’t the most exciting of phones in other ways, with a 5.7-inch 1080 x 2160 screen and generally middling specs, but it does at least have a reasonably large 4,000mAh battery, so you shouldn’t need to worry about it dying before you get home.

The Samsung Galaxy A13 might not seem the obvious choice for the beach – after all, there’s no water resistance here. But this is a very cheap phone, which means it’s not such a big deal if it gets damaged on your day out.

That’s not the only reason we’re suggesting it though. There are loads of cheap phones but this one stands out for beach use. It’s a solid all-rounder wherever you are but with the beach in mind it’s worth noting the Samsung Galaxy A13’s big 6.6-inch 1080 x 2408 screen, giving you a large display to watch, read and game on while you sunbathe.

A quad-lens rear camera also makes this a solid choice for taking holiday snaps, and its big 5,000mAh battery will ensure it doesn’t run out of charge before you get back indoors.

Any of these phones should serve you well on the beach, it all just depends on what you want from them. All but the Samsung Galaxy A13 offer resistance to water and dust, but the Cat S62 Pro is by far the most durable and long-lasting.