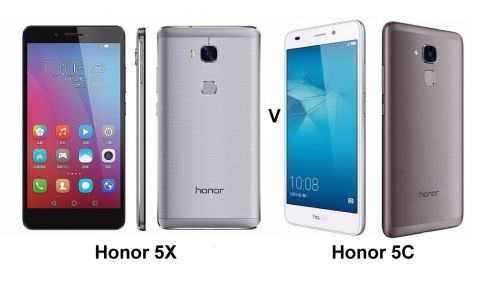 Huawei is still a fairly small name in the UK, but over in China it’s a huge deal and it’s no wonder, given that it’s making high-quality yet surprisingly affordable handsets.

The Honor range lacks Huawei branding, but it’s part of the same company and every bit as impressive. Yet with similarly named phones like the Honor 5X and Honor 5C things can get confusing.

We’re here to clear everything up, with a detailed rundown of all the key differences between these two phones and a look at how they compare.

The Honor 5X and Honor 5C are similar looking phones, but there’s a difference in build quality, as while the Honor 5X has a metal unibody, the Honor 5C has a metal back but plastic edges, leaving it with a less premium feel overall. It’s also ever so slightly thicker. 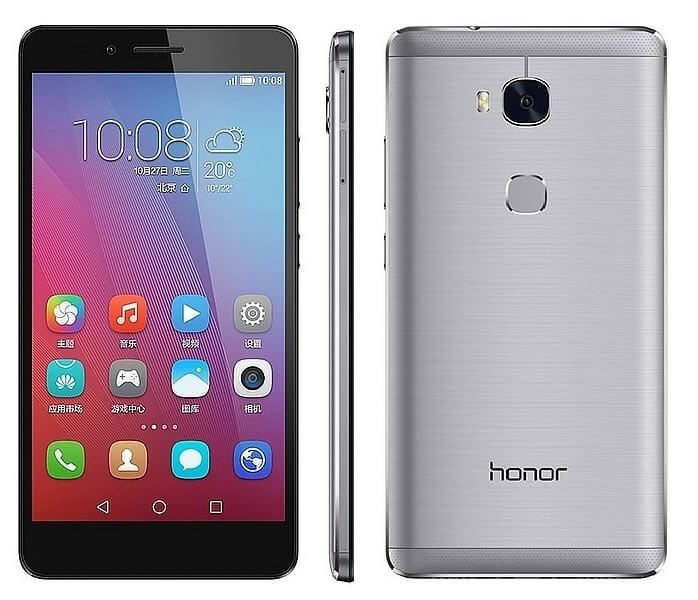 On the other hand, thanks to its larger screen the Honor 5X is more of a handful. The difference isn’t enormous, but you’re likely to want to use both hands to operate it, while you could probably just about get away with one hand on the Honor 5C.

That in turn affects their pixel density, as while the Honor 5X has 401 pixels per inch the Honor 5C manages a slightly sharper 424ppi. 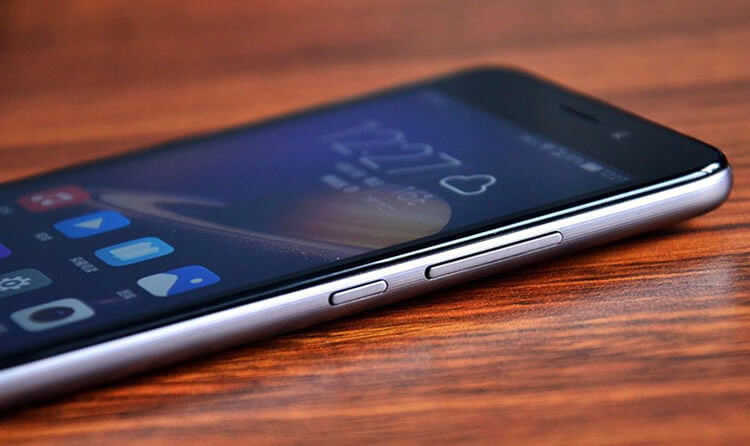 But the difference is minor and even the Honor 5X has as sharp a screen as the iPhone 6S Plus, so given that these aren’t positioned as high-end phones neither one feels lacking here. Really the choice comes down to whether you’d prefer a larger screen or a smaller one and that in turn comes down to what you most want to use it for.

If it’s primarily going to be a phone the more compact display on the Honor 5C could be preferable, but if you plan to play games or watch videos on it much then the extra space of the Honor 5X could be desirable.

Both of these phones are reasonably high spec too, with the Honor 5X sporting an octa-core Snapdragon 616 processor, with four cores running at 1.5GHz and the other four running at 1.2GHz.

The Honor 5C also has an octa-core processor, but this time a HiSilicon Kirin 650 one, with four cores clocked at 2.0GHz and the remainder going at 1.7GHz. That might sound better, but actually the Snapdragon is a superior chip. However, both phones offer solid mid-range performance and they’re backed up by 2GB of RAM.

In practice they can both comfortably run most apps and games and easily out power many other phones at this sort of price.

There’s little to choose between the rear cameras on these two phones, with both the Honor 5X and Honor 5C using a 13MP snapper, with an f/2.0 aperture and an LED flash. They can also both film in up to 1080p quality at 30fps. 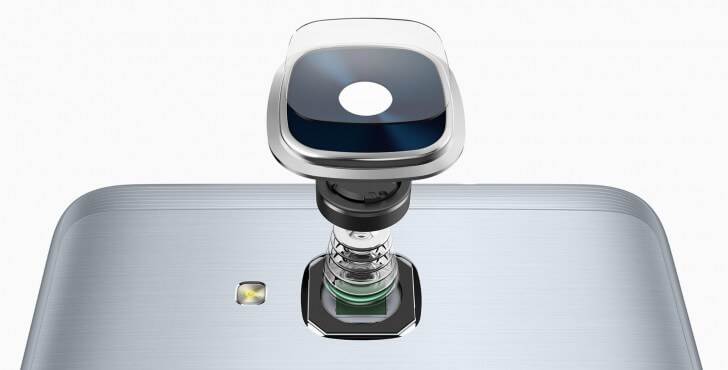 This is another area where the two phones are well-matched, as both have 3000 mAh batteries, which is reasonably large for an affordable handset. Both phones will easily last a day of moderate use too, potentially stretching to a day and a half, but probably not two days.

Memory in both handsets comes in at just 16GB, but both phones also have a microSD card slot with support for cards of up to 256GB.

Connectivity options are much the same as well, with both the Honor 5X and Honor 5C offering 3G, 4G, Wi-Fi and Bluetooth 4.1. However, the Honor 5X has a fingerprint scanner, which the Honor 5C doesn’t, so that’s a major point in its favour.

While the Honor 5X and Honor 5C look similar they have a lot off differences. The Honor 5X has a larger screen, a more premium build and a fingerprint scanner, while the Honor 5C has a slightly sharper display and a better front-facing camera, it’s also marginally cheaper at around £150 SIM free, where the Honor 5X is roughly £170 SIM free.

They’re both brilliant value handsets, offering you the power of a mid-range phone for an almost entry-level price and neither one is definitively better than the other. If you want a big screen pick the Honor 5X, but if you’re more interested in selfies the Honor 5C is the one to go for.