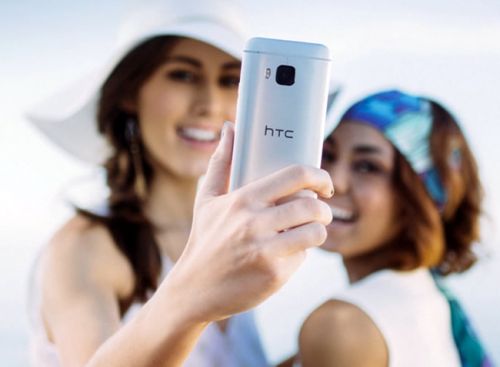 "With high end specs and a stunning build the HTC One M9 was always going to impress, but not much has changed since the M8 and what has isn’t always for the better.."

The HTC One M9 has a lot to live up to as it follows the near perfect HTC One M8. There’s more power here, along with a refined design, a new camera and new features. That’s certainly a promising start, but new doesn’t always mean better and there’s an overall sense that HTC has been rather conservative with this upgrade, as a lot has stayed the same.

So has HTC done enough and more importantly done the right things to make this a handset you’ll love or is its beauty just skin deep? Read on to find out.

The design is one area of the HTC One M9 which was never likely to be too much of a let-down. After all this is a company which has come to rival Apple for its smartphone designs and indeed the HTC One M9 is a beautiful thing, but it’s also a very familiar thing.

HTC hasn’t reinvented the wheel here, instead it’s taken the design of the HTC One M8 and, well, not done very much to it at all. It’s still an exquisitely carved slab of curved metal, but it’s not quite identical, as two key things have changed and while one is an improvement the other isn’t.

Let’s start with the bad change: The power button has been moved from the top of the phone to the right edge. The reasons for this are obvious, as it’s easier to press in its new position, but it’s also right next to the volume buttons, making it easy to hit the wrong thing too.

It’s not a major problem, but more differentiation between the two buttons would certainly have helped.

Then there’s the good change: The new two-tone colour schemes. These are optional, but they make the handset far more eye-catching, with the frame in one colour and the front and back in another. They might be a bit much if you prefer an understated phone, but they certainly make the One M9 stand out from the M8.

All in all the HTC One M9 is a design win, but it’s also disappointingly similar to last year’s model and even the original HTC One, which is slightly disappointing. As is the absence of any form of water or dust resistance. 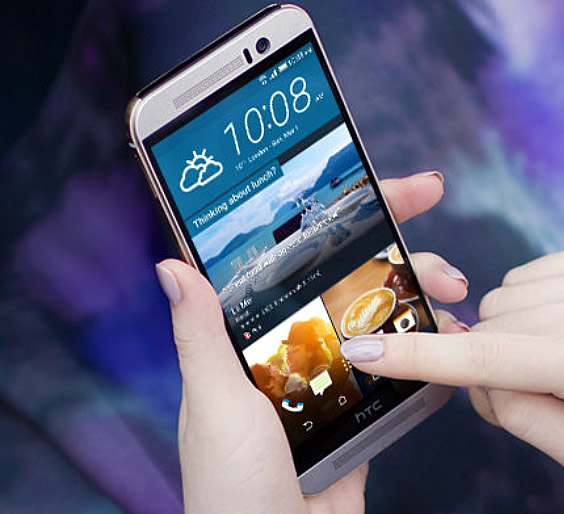 This is an odd one. While it’s expected that a new model of a phone will have a screen that’s bigger and/or higher resolution than its predecessor, the HTC One M9 keeps its display exactly the same as the M8.

So in other words it’s a 5.0-inch 1080 x 1920 Super LCD3 display with a pixel density of 441 pixels per inch. That means it’s sharp and large, it’s also got good colour reproduction and contrast, making it a joy to look at.

There was no pressing need to improve it then, but it was a brave decision not to, with many competitors, such as the Samsung Galaxy S6, packing even larger, higher resolution displays.

But for our money 5 inches is a pretty optimal size and at that sort of size you get ever diminishing returns for increased resolution, not to mention the fact that a higher resolution would likely affect both performance and the battery life.

So while the One M9’s screen specs might not be the first thing you want to point out to your friends when showing the phone off, HTC arguably made the right decision.

A new model of a phone is also expected to be more powerful and HTC doesn’t disappoint there, with a 64-bit octa-core Snapdragon 810 processor. Four cores are clocked 2.0GHz and the other four come in at 1.5GHz, allowing the HTC One M9 to switch between the two sets of cores depending on how much power it needs, so it can conserve battery life when 2.0GHz would be overkill.

That’s backed up by 3GB of RAM and what it leads to is more power than you could ever possibly take advantage of, or at least you’re not likely to need all the power this phone has to offer before you upgrade to something even more powerful.

There are a few gremlins in the software leading to unexpected slowdown and hopefully these will be fixed in a software update because we can’t see any hardware reason for them, given that when it needs to the HTC One M9 can blaze through the most demanding games and tasks without breaking a sweat. 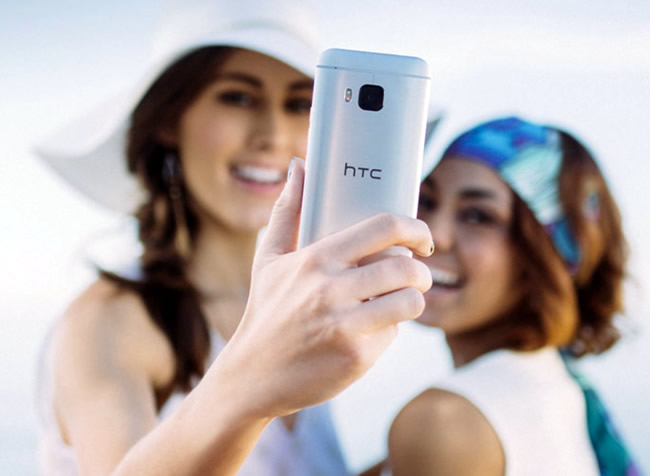 The camera is perhaps one of the most disappointing things about the HTC One M9. That’s not to say it’s bad, because it’s not generally, in optical lighting conditions the 20.7 megapixel sensor on the back is even very good, while the 4 UltraPixel snapper on the front makes for one of the strongest selfie cameras around.

But the mere fact that HTC has dropped one of its main selling points from handsets past (the UltraPixel rear snapper) in favour of a more conventional lens is a little disappointing, because the main camera on the HTC One M9 does nothing to stand out from the masses of other high end smartphone cameras and with no optical image stabilisation its doesn’t even match many of them.

The change means that you will get sharper photos than on the M8 and in optimal lighting they’ll be all round better photos, but moving to smaller pixels has had a noticeable impact in low-light, meaning your snaps won’t be as impressive.

The HTC One M9 has all the camera modes you’d expect, such as panorama and HDR, as well as a few new ones which let you create various kinds of double exposures, but finding two images which you’d like to combine like that, let alone getting a good effect from it isn’t something that’s likely to happen very often, so it feels like a bit of a gimmick.

Sense has always been one of our favourite smartphone interfaces and it’s at its best here. It’s slick, intuitive and looks good. HTC has added some new features to Sense too, with the big one being ‘Sense Home’, a widget which displays your most used apps based on where you are, throwing up different apps when you’re at home to when you’re at work for example.

It works pretty well, doing a good job of putting the apps you use most front and centre, but if you like to have more control over your home screen you might not get on with it. Of course being a widget it’s entirely optional, so you can turn it off if you’d prefer.

You can also create your own themes, by taking a photo and allowing the phone to create a theme which matches the colours and style of the image.

BlinkFeed is back too and that’s been improved, though not by much. It now includes suggestions for places to eat based on where you are, which could be useful, but it’s not really any easier than just heading in to Google Maps or any number of apps which do the same thing.

BoomSound has been improved as well, with HTC’s dual front-facing speakers now sporting virtual surround sound for richer, more immersive audio even without headphones. It’s still no substitute for a decent set of speakers of course, but as smartphone ones go they’re the best around.

The HTC One M9 has a 2840 mAh battery, which is bigger than the juice pack in the HTC One M8 and coupled with a supposedly more efficient processor we’d expected superior battery life as a result, but sadly that's not what we got.

Battery life on the HTC One M9 isn’t terrible, but it doesn’t seem any better than on the M8 and it may even be slightly worse. Use it heavily and it won’t last a day, but even if you’re more frugal in your use it won’t last two.

The One M9 comes with 32GB of built in storage along with a microSD card slot with support for cards of up to 128GB. That’s a pretty good combo and it’s nice to see HTC hasn’t limited people to 16GB built in.

Connectivity options include Wi-Fi, 3G, 4G, Bluetooth 4.1, NFC and infrared, so it’s well equipped to stream, download and connect wherever and whenever.

If you don’t already have an HTC One M8 then you’ll likely find that the HTC One M9 is a wonderful phone, but if you do it’s just too similar to recommend upgrading to.

Whatever phone you’re coming from you can look forward to a beautiful handset with strong audio skills, a great interface, lots of power and a good if understated screen.

But with iffy battery life, a far from cutting-edge camera and a lack of any real new standout features it’s also harder to love than the last two entries in the One range. HTC has largely played it safe and in the few areas where it has made big changes they haven’t always paid off.

The HTC One M9 is still a very strong handset, but it’s not an essential one.