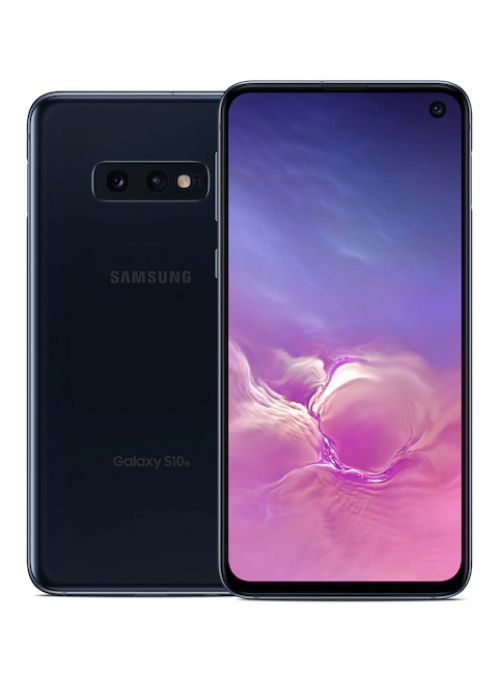 “The Samsung Galaxy S10e is very close to a flagship despite costing a lot less than the rest of the range. There are some compromises, but for the most part they're small.”

As such, it lacks some of the specs and features offered by those phones, but aims to still retain enough to justify the S10 name.

The question then is does it succeed? And - at its still fairly high price - is it good value? For answers to all that and more, read on.

That makes it a fairly compact size by modern standards, which will appeal to anyone who doesn’t want a brick in their pocket or something that needs two hands to use. The resolution meanwhile is a step down from most flagships (the standard S10 for example is 1440 x 3040) but still fairly high, especially given the smaller screen size here.

And importantly the actual screen technology is the same in the Galaxy S10e as in the rest of the Galaxy S10 range, so you can expect a stunning display with great contrast. It’s aided too by support for HDR10+.

Really, it’s only the resolution that slightly marks this out as a not-quite flagship. In most other ways this is a cutting-edge display. Though it is also worth noting that this is a flat, rather than curved screen.

Other than the screen being flat, the design of the Galaxy S10e is more or less as high-end as the rest of the range, with minimal bezels around the screen and a punch-hole selfie camera, while the frame is made of metal and the back is glass.

The side bezels appear slightly larger here than on the standard Samsung Galaxy S10, but that’s about the only other visual compromise. You even get the same IP68 certification, meaning the Galaxy S10e can survive being submerged up to 1.5 metres deep in water for up to 30 minutes. And tough Gorilla Glass 5 means the phone is stronger than it looks.

It’s also worth noting that while most brands are ditching headphone ports in high-end handsets, the Samsung Galaxy S10e still has one, so you won’t need to go wireless just yet if you opt for this phone.

One area where the Samsung Galaxy S10e makes no real compromises is power, as it has the same octa-core Exynos 9820 chipset as the rest of the range. This isn’t quite Samsung’s top-end mobile chipset anymore, as it used the Exynos 9825 in the Galaxy Note 10, but when the S10e launched it was, and it’s still up there with the best.

It’s paired here with 6GB of RAM. There is a version of the Samsung Galaxy S10e with 8GB of RAM, but that’s not available in the UK. 6GB shouldn’t slow you down though, as it’s still a substantial amount. Indeed, this is a very fast and powerful phone. It’s not noticeably slower than most real flagships.

The Samsung Galaxy S10e has compromised on the camera front, but it still has a decent snapper overall. It has both a 16MP f/2.2 ultra-wide lens and a 12MP standard lens with an aperture that can switch between f/1.5 and f/2.4. That lens also has optical image stabilisation.

It lacks the standard Galaxy S10’s third lens, which allows for optical zoom, and that’s definitely missed, but the other two lenses are the same as that flagship, so they’re capable of taking some stunning shots.

This is also a camera you can really just point and shoot and still get good results from – though there are modes to select and settings to tweak if you’re that way inclined. Video recording is fairly impressive too, with the Galaxy S10e able to shoot in up to 2160p at 60 frames per second.

Moving on to the front camera, that’s a 10MP f/1.9 one, just like the standard Galaxy S10. It’s a solid snapper, if nothing exceptional, though it can shoot video in up to 2160p at 30 frames per second, which is not bad for a selfie snapper.

The Samsung Galaxy S10e has a few other features that are worth mentioning. For one there’s a fingerprint scanner, but this isn’t in-screen, rather it’s on the side. It works well though. 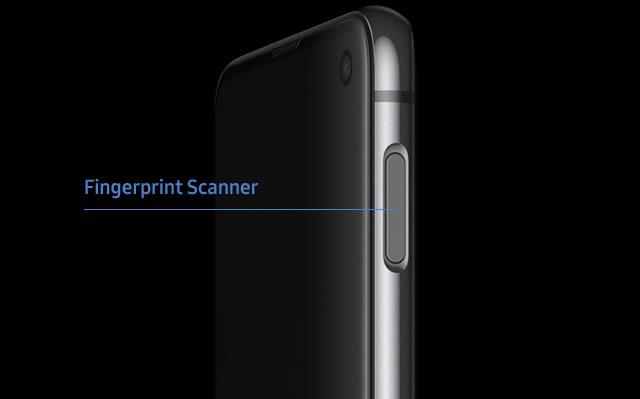 The Samsung Galaxy S10e also boasts Samsung’s Bixby assistant of course. This can be called up with a dedicated button, but thankfully you can also programme the button to launch other apps. We’ve never been big fans of Bixby and while it is slowly improving, you’re still likely to rely on Google Assistant most of the time. Still, it’s there if you want it.

You get a 3,100mAh battery in the Samsung Galaxy S10e, which isn’t a particularly massive size, though should comfortably get most people through an average day. It also charges reasonably fast thanks to 15W fast charging, and it supports wireless charging. 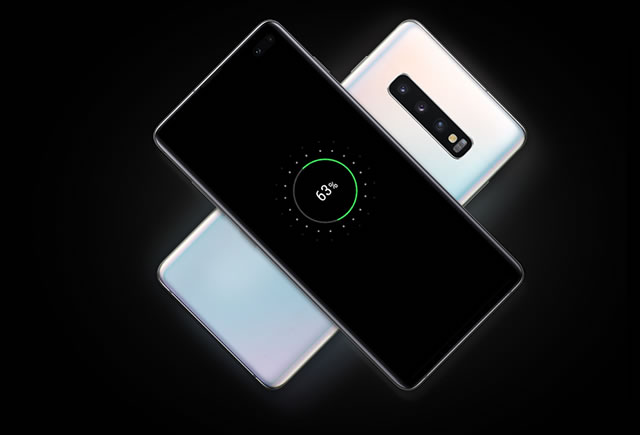 More surprisingly it also supports Wireless PowerShare, which allows it to act as a wireless charging pad for other devices. This is a bit niche perhaps but it’s something that not many phones offer.

Memory comes in at 128GB, and there’s also a microSD card slot, so you’ve got plenty of room to manoeuvre. Connectivity options meanwhile include Bluetooth 5.0 and NFC (so you can make contactless payments).

This is still a fairly expensive phone of course, but the price is well justified, as you get high-end power, a premium build, a decent dual-lens camera, a fairly sharp screen, and lots of storage, along with other premium features such as water resistance and Wireless PowerShare.

We wish the battery was bigger, and if you compare it too closely with the Samsung Galaxy S10 you’re bound to be disappointed, but taken on its own merits the Galaxy S10e is mostly very impressive.