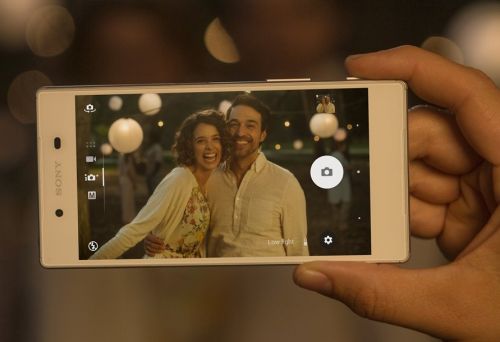 "The Sony Xperia Z5 isn’t the upgrade we hoped, but it’s still one of the most feature-packed handsets around."

It’s almost getting hard to keep up with Sony’s flagship phone releases, as the company has taken to launching at least two each year and that’s if you don’t count spin-offs like the Sony Xperia Z5 Compact and Sony Xperia Z5 Premium.

It sometimes feels like a case of quantity over quality too, as there’s often little change between handsets. With a new camera and the addition of a fingerprint scanner the Sony Xperia Z5 looks a little more promising than some Sony launches, but is it enough of an upgrade?

The Sony Xperia Z5 isn’t going to surprise anyone with its design, as it looks almost identical to other recent Sony phones. There’s a metal frame and a glass back and it’s a good look, especially as it’s just 7.3mm thick, but it’s certainly familiar and with large bezels and an angular appearance there’s room for improvement too.

One thing which thankfully hasn’t changed is the waterproofing, with IP68 certification keeping it safe from dust and water. It’s a shame Sony didn’t change things up a bit more, but the Xperia Z5 is one of the more durable phones around, which has to count for something.

That’s pretty sharp, though it’s dwarfed by the likes of the QHD Samsung Galaxy S6 and LG G4, not to mention the 4K Sony Xperia Z5 Premium.

It’s also a little disappointing in that it’s unchanged from the Sony Xperia Z3+, but it’s still a good screen and you could argue that if it isn’t broken there’s no need to fix it.

You’d think power would be the one thing which would definitely get a boost in a new phone, but surprisingly it hasn’t, as the Sony Xperia Z5 has 3GB of RAM and an octa-core Snapdragon 810 processor with four cores clocked at 2.0GHz and the other four running at 1.5GHz, just like the Sony Xperia Z3+.

But aside from the fact that it could have maybe had an extra gigabyte of RAM those are still just about the best specs you’ll see on a phone right now, so we can’t be too critical, it more just highlights the fact that maybe Sony should launch fewer phones if it can’t find a way to differentiate them.

Fortunately some things have changed and the camera is one of them, as it’s got a new 23 megapixel sensor. That’s a slight boost in megapixels over the 20.7 megapixel Sony Xperia Z3+, but more than that it’s incredibly fast, focusing in just 0.03 seconds.

It also performs well in low light, has a 5x digital zoom, so you can take pictures from afar and supports 4K video recording. Little has changed on the front-facing camera though, which is still 5.1 megapixels, but that still puts it up there with some of the higher spec front-facing snappers around.

The Sony Xperia Z5 runs Android 5.1 Lollipop overlaid with Sony’s own UI. The good news is that Sony’s is fairly close to stock Android, with a clean design and not too much clutter.

The main new feature is a fingerprint scanner, which unusually sits on the side of the phone rather than the front or back. It works well though, proving speedy and secure.

One thing you can often depend on from a Sony phone is long battery life and that’s the case with the Xperia Z5, which has a large 2900mAh juice pack and can keep on going for up to around two days of use.

That’s massively better than most rivals and is one of the single best things about the handset. Like many recent phones it also supports fast charging, so you can power it up quickly when it does run low.

The Sony Xperia Z5 has 32GB of storage, which is a reasonable amount and can be added to with the help of a microSD card, so you should never feel too constrained.

The phone has all the connectivity options you’d expect too, including Wi-Fi, 3G, 4G, Bluetooth 4.1 and NFC.

The Sony Xperia Z5 is more of an upgrade than some Sony flagships, thanks to a genuinely new feature in the form of a fingerprint scanner and a new and improved camera, but those really are the only two significant changes.

The screen and power are much the same as on the Xperia Z3+ and so are most other things. Thankfully there’s very little bad about the phone, with even the battery life, which is the Achilles heel of many a handset, proving impressive, so in a vacuum this would be an easy recommendation, but you could save a bit of money by opting for an older model and not miss out on much.