Brilliant Honor 6X is out now as a Three exclusive. 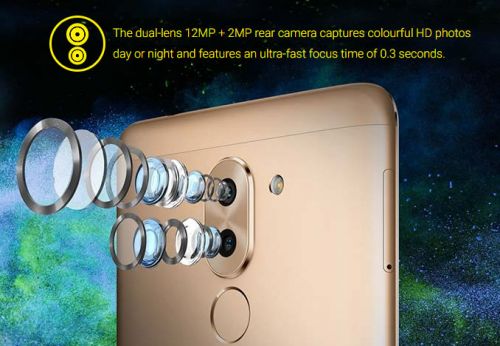 Honor 6X is a Three Exclusive

Three is increasingly becoming the home of Honor in the UK, and that’s continuing with the launch of the Honor 6X exclusively on the network.

The phone is out now and costs just £199.99, making it the first smartphone with dual-lens rear cameras to sell for under £200.

If you’re a photography fan that’s a huge deal, as these snappers are no mere gimmick. They provide a combination of 12MP and 2MP lenses and allow for a super-fast focus time of 0.3 seconds, as well as allowing you to adjust the focus, to blur the background or foreground as much as you want.

This leads to striking images that can’t truly be replicated by single-lens cameras, and the Honor 6X is almost as impressive for selfies, with a high-spec 8MP camera round the front.

More than just a sharp-shooter

But the Honor 6X will appeal to more than just photography fans, with a 5.5-inch 1080p screen, a powerful octa-core processor and 3GB of RAM.

Those are almost flagship specs, at well under a flagship price, and they don’t end there, with the Honor 6X also sporting a premium metal body and a big 3340mAh battery, which offers up to two days of life.

The Honor 6X also has a speedy fingerprint scanner, 32GB of storage, a microSD card slot and has been promised an upgrade to Android Nougat, so it really ticks all the smartphone boxes.

Three's 4G Super-Voice service also works on the Honor 6X, for improved indoor coverage, and of course you’ll also be able to make use of other Three extras like free roaming abroad through Feel At Home. You can grab the Honor 6X now on either pay as you go, or a range of Three contracts, starting at just £16 per month with no upfront cost.