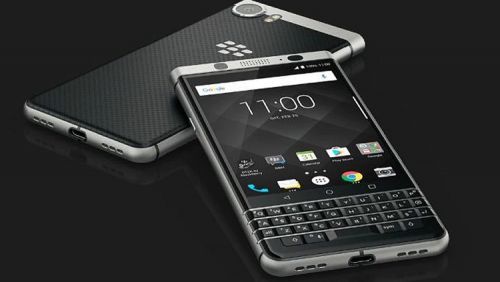 “The BlackBerry KEYone is a phone for business users and beyond. The keyboard is great, the design is strong and it will keep going for days, but having that keyboard means some compromises with the screen.”

BlackBerry isn’t the force it once was in phones, but it still appeals to a certain market in ways that no other company really does. That market, of course, being business users and those who want a physical keyboard on their phones.

Some BlackBerry’s are now touchscreen only, but the KEYone combines a 4.5-inch touchscreen display with a hardware keyboard.

It’s a good one too, and it’s paired with a smart design, a big battery and more, so is the KEYone a business-focussed winner? And is it worth a second look for non-business users? Read on to find out.

The BlackBerry KEYone has a 4.5-inch 1080 x 1620 LCD display with a pixel density of 433 pixels per inch. It’s not particularly high resolution or particularly large, but that combination means it’s actually still quite sharp, with a higher pixel density than most 1080p phones.

And while 4.5 inches might sound tiny, it’s actually only marginally smaller than the 4.7-inch iPhone 8 – and this phone has a whole keyboard on top of that, which we’ll discuss below.

The keyboard is worth mentioning here though, because it means that – although you can – you never need to type on the touchscreen, leaving more space to see what you’re doing, so those 4.5 inches go a long way.

What’s less useful is the 3:2 aspect ratio. Although somewhat necessary in order to squeeze the keyboard in, this means you’ll often get black bars at the top and bottom when playing videos and running apps, so you don’t get the full screen.

As such, this isn’t a great phone for media, but the display is bright and sharp enough to comfortably web browse and fire off emails.

There’s a metal frame encircling the BlackBerry KEYone, separating its screen and its textured rear. The back is plastic but looks more like leather – or perhaps rubber if you’re feeling unkind - and it’s soft and comfortable to hold.

There’s also a metal rim right around the top of the phone and around the camera lens, providing a nice contrast with the dark rear. 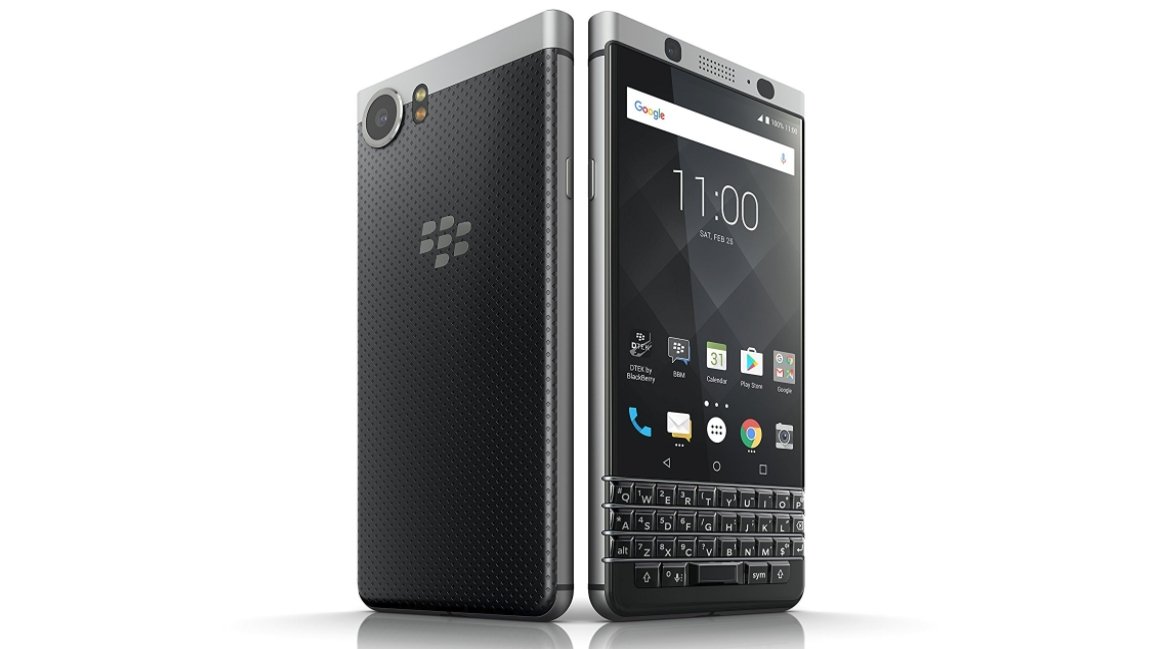 This isn’t a phone that matches the iPhone X or Samsung Galaxy Note 8 for style, but it looks expensive, and won’t look out of place in a work setting.

The addition of a keyboard does mean it’s quite thick and heavy at 9.4mm and 180g, but that seems unavoidable – if you want to type, you’ll have to accept added heft.

The BlackBerry KEYone has an octa-core 2.0GHz Snapdragon 625 chipset and 3GB of RAM, which makes for upper mid-range specs.

You can expect reasonably smooth performance from it, but high-end games might slow it down (and aren’t ideal on the 3:2 screen anyway).

The KEYone is also stuck on an ever so slightly dated version of Android, namely Android Nougat, so the software isn’t quite up to date, but that’s the case on many Android phones, including some high-end ones.

There’s a single lens 12MP camera on the back of the BlackBerry KEYone, complete with a dual-LED flash and a phase detection autofocus.

Compared to the dual-lens cameras we’re starting to see now it’s a fairly basic setup, but it’s actually capable of taking some high-quality photos, and even does reasonably well in low light situations. 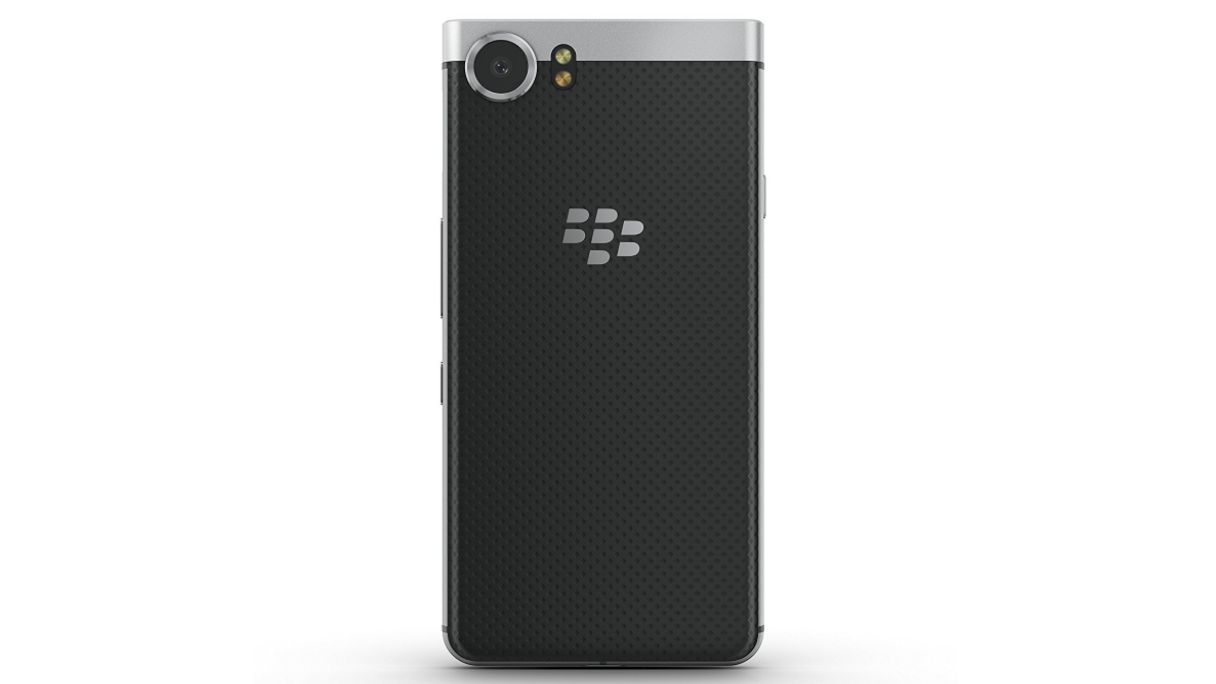 It’s not a match for the photos you’ll get with an iPhone X or Samsung Galaxy S8, but it fares well compared to other upper mid-rangers. You also get the basic settings you’d expect, like HDR and panorama, plus the ability to shoot video in up to 2160p quality at 30fps.

The front facing camera is similarly simple, with just an 8MP lens, but that too is reasonably capable and can shoot video at up to 1080p.

The main feature of the BlackBerry KEYone is, of course, its keyboard. It’s a good quality one which helps you type without mistakes, though it’s inevitably a little cramped.

But it also offers customisable shortcuts, so when you’re not typing each key can be used to access an app or contact of your choice, which is really handy.

You can also ‘flick’ across the keys to accept auto-correct suggestions, rather than having to take your hand off the keyboard and tap them on the screen.

The keyboard also works like a trackpad, so you can swipe across it to navigate documents and the like, and there’s even a fingerprint scanner hidden in the spacebar.

The BlackBerry KEYone’s specs are mostly quite mid-range, but its battery sure isn’t. There’s a 3,505mAh juice pack in the phone, which should comfortably last you well over a day and could feasibly stretch to two days if you’re not really hammering it, which is not something we can say about all phones.

There’s 32GB of storage, plus a microSD card slot – so plenty of room for expansion, and the BlackBerry KEYone supports 3G, 4G, Bluetooth 4.2 and NFC. 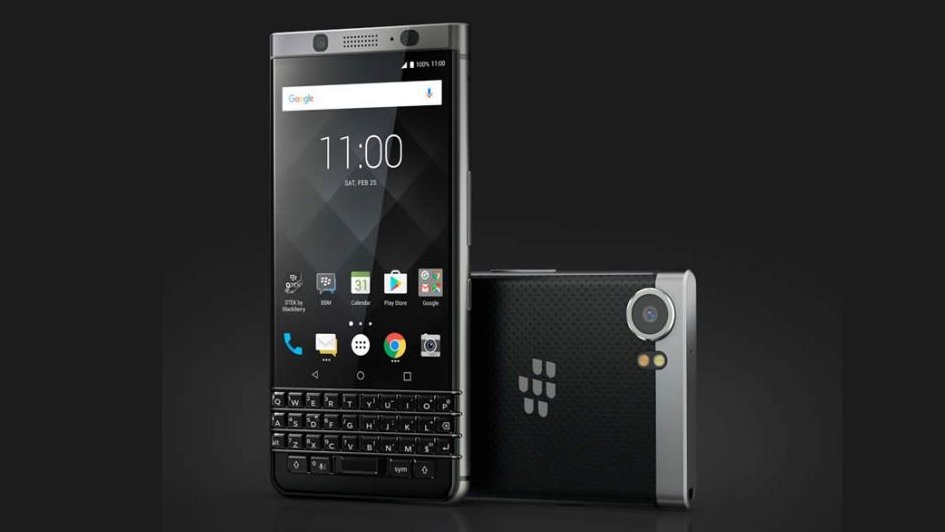 With its keyboard, smart design and security software, the BlackBerry KEYone is clearly aimed at business users, and for them it excels, but you shouldn’t write it off if you don’t need a phone for work.

The keyboard is handy for anyone who wants to message and type a lot from their handset, while the battery should be appreciated by all and it’s generally a good all-rounder.

That is, except when it comes to video and to a lesser extent apps and games. The small screen with its odd aspect ratio hampers the KEYone in those respects, as – at least for games – does the mid-range components.

But otherwise, the BlackBerry KEYone is easy to recommend. It’s a solid handset, and one that’s refreshingly different to most of what else is out there.