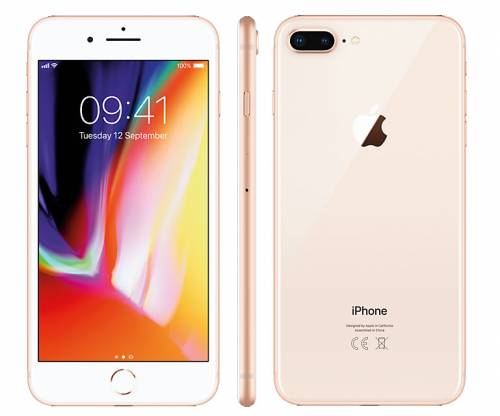 “The iPhone 8 Plus is the best big screen iPhone you can get - at least until the iPhone X lands. A new design and better battery would have made it near perfect, but it's still a very good, very powerful phone.”

After a new iOS phablet but don’t fancy spending a grand on the iPhone X? Then the iPhone 8 Plus could prove a tempting option.

It sports a big screen, just as much power as the iPhone X, a dual-lens camera and a premium build, among other things, all while costing less than Apple’s real flagship.

Sounds good, right? And it is. But the iPhone 8 Plus also isn’t without its problems. Read on below to find out what works, what doesn’t, and whether it’s worth your money.

It’s also crisp. A 1080p resolution is all you really need at that size unless you’re delving into virtual reality. Look close at the screen compared to an iPhone X or Samsung Galaxy S8 and it will seem more noticeably pixelated, but only if you’re holding it right up to your face. At the distance you’ll likely hold it in real-world use there’s little to no difference.

The use of LCD means contrast isn’t as good as on the iPhone X, but this is still one of the better-looking phone screens around, with accurate colour reproduction and a decent level of brightness.

It also sports True Tone technology, meaning the white balance will automatically adjust based on your environment. That’s a feature few non-iPhones can match. 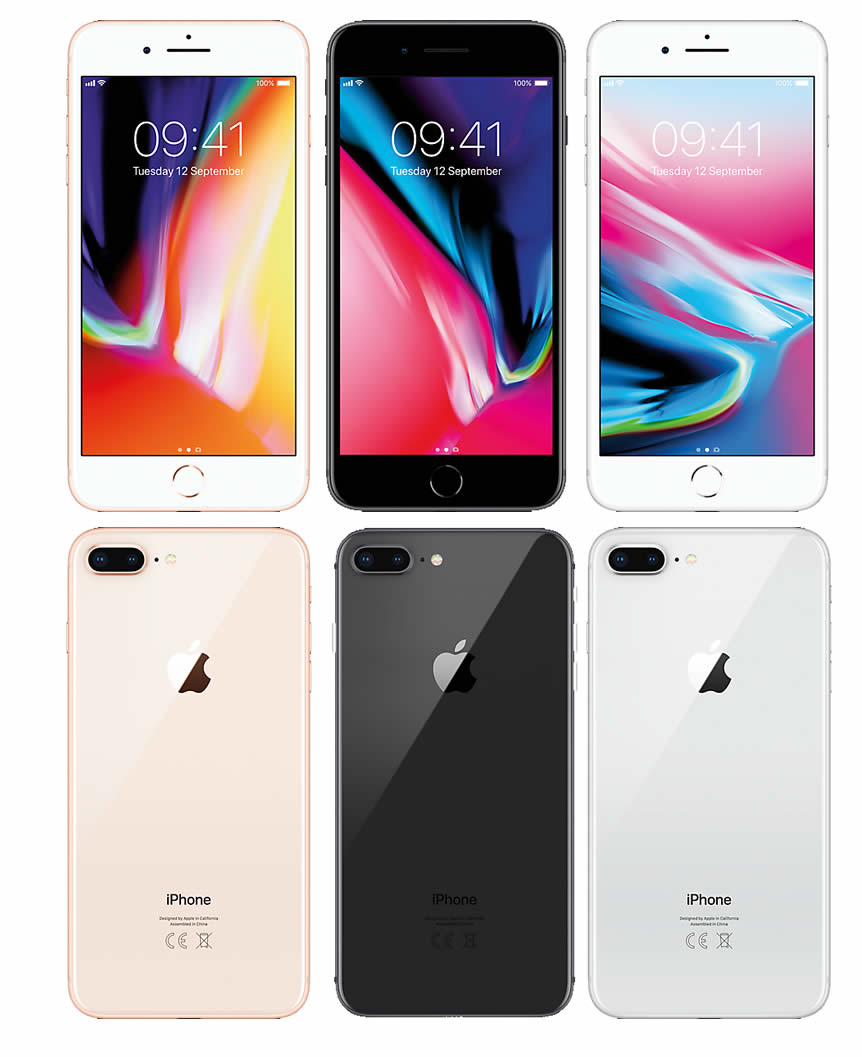 The biggest problem with the iPhone 8 Plus is simply that it looks so samey. The design at first glance is almost identical to the iPhone 7 Plus or iPhone 6S Plus, and looks a bit dated in some ways, thanks to the large bezels above and below the screen.

Those bezels mean this phone is very large in the hand too, in fact at 158.4 x 78.1 x 7.5mm and 202g it’s bigger and heavier than the iPhone X, despite having a smaller screen. In other words, it’s a phone you’ll want to use both hands with.

It does look and feel expensive though, and there are some differences to its predecessor, most notably the glass back, where the iPhone 7 Plus has a metal one.

There’s a metal frame though, and the iPhone 8 Plus is IP67 certified dust and water resistant, meaning you can dunk it up to 1 metre deep in water for up to 30 minutes. Or, more practically, you can use it in the rain.

One area where the iPhone 8 Plus really doesn’t disappoint is its power and performance. There’s a hexa-core A11 chipset and 3GB of RAM inside, making it a match for the iPhone X and one of the most powerful phones on the planet.

Apple’s even packed in a neural engine to handle certain tasks and an M11 motion coprocessor to keep an eye on the various sensors without engaging the main chipset. All of which means this is one fast, smooth and efficient handset.

It runs iOS 11, which is the latest version of Apple’s mobile operating system. Most of the biggest changes are reserved for iPads, but even on an iPhone it makes a difference, adding for example a Files app, so you can more easily browse and manage your files, and finally letting you customise the shortcuts in Control Centre.

It’s the best version of an already very strong and intuitive mobile operating system, and the iPhone 8 Plus is bound to get iOS 12 and beyond on day one while it’s supported, which it will be for at least a few years. 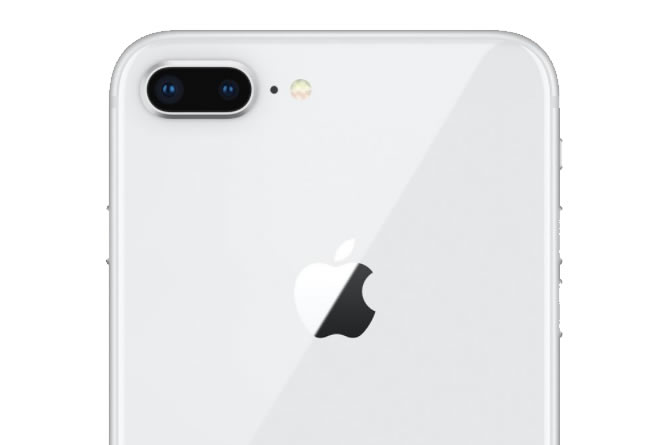 The iPhone 8 Plus has a dual-lens 12MP camera, incorporating an f/1.8 wide-angle lens and an f/2.8 telephoto one. The wide-angle lens is its main one, and that aperture means it has a fairly large lens opening, so a lot of light can get in.

When using both lenses it’s capable of lossless optical zoom and of creating bokeh effects – focusing on the foreground while leaving the background out of focus.

It also sports optical image stabilisation and a quad-LED flash, both of which help its low light performance, and overall it’s one of the better smartphone cameras you’ll come across, though not much improved from the iPhone 7 Plus.

There’s also a 7MP front-facing camera, which, while not class-leading, is up to a similar standard to many flagship selfie snappers.

The iPhone 8 Plus is more about the old than the new. It includes and builds on the features and specs from the iPhone 7 Plus, but doesn’t really add any new features into the mix, other than wireless charging, which we’ll talk a bit more about below.

For such an expensive phone the lack of new features is disappointing, but there’s something to be said for delivering a polished, familiar experience.

There’s a 2691mAh battery in the iPhone 8 Plus, which is a lot larger than the juice pack in the standard iPhone 8, but still far from huge, especially for a phone of this size. It translates into a day of life, but no more if you use your phone much at all. 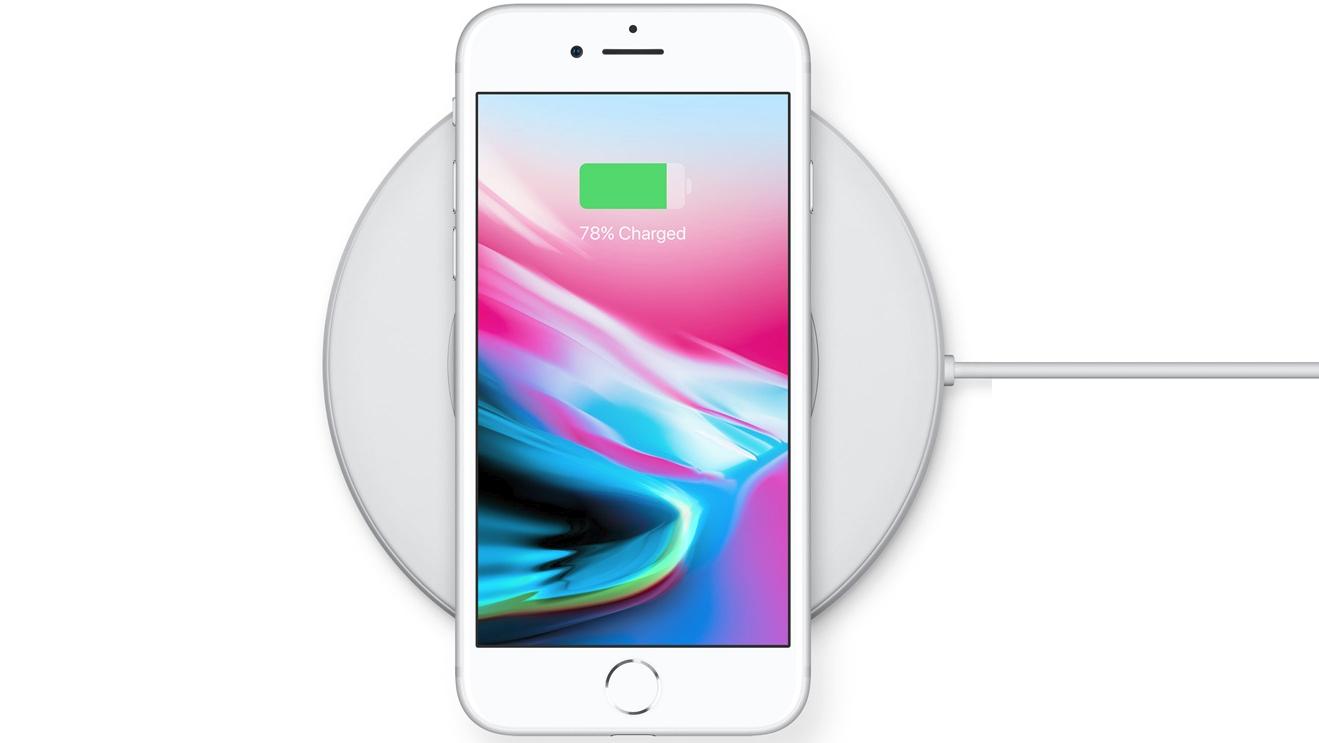 Fortunately, the iPhone 8 Plus also supports both wireless charging, so you can juice it up without plugging it in (though you’ll have to buy a wireless charger separately), and fast charging, letting you get it from zero to 50% in just 30 minutes if you do choose to plug it in.

For storage you get a choice of either 64GB or 256GB built in. For most users 64GB should be fine, but if you plan to download a lot of big games or stick your music or film library on the phone (rather than just streaming) then you’d be safer with 256GB.

Connectivity options include Wi-Fi, 3G, 4G, Bluetooth 5.0 and NFC (but only for Apple Pay). That’s a standard selection, but the Bluetooth is worth highlighting, as only a handful of phones use version 5.0, which is faster and longer range than previous versions.

The iPhone 8 Plus is an accomplished handset which ticks a lot of boxes. It’s well made and looks premium, it’s very powerful, has a good camera, a decent screen and lots of storage.

But the design is dated and overly familiar and other than wireless charging there’s not much in the way of new features. Apple has also once again failed to deliver the kind of battery life we’d like to see from a phone, which is all the more frustrating since its iPad range typically has great life.

The iPhone 8 Plus is longer lasting than the iPhone 8, but its life is middling at best compared to the Android competition.

It all adds up to a great phone, but one which could have been a little better, and a little fresher, especially given the £799 SIM-free starting price.

Still, if you’re committed to iOS your options are limited, and if you want something big, high-end and cheaper than the iPhone X then the iPhone 7 Plus is your best and only choice.

Expandable storage up to (GB): N/A