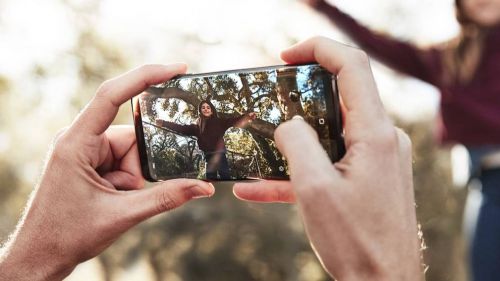 “The Samsung Galaxy S9 is a high-end phone that's a slight upgrade on the Galaxy S8, but with stiff competition from rivals and even its larger sibling it doesn't stand out as much as you might expect.” 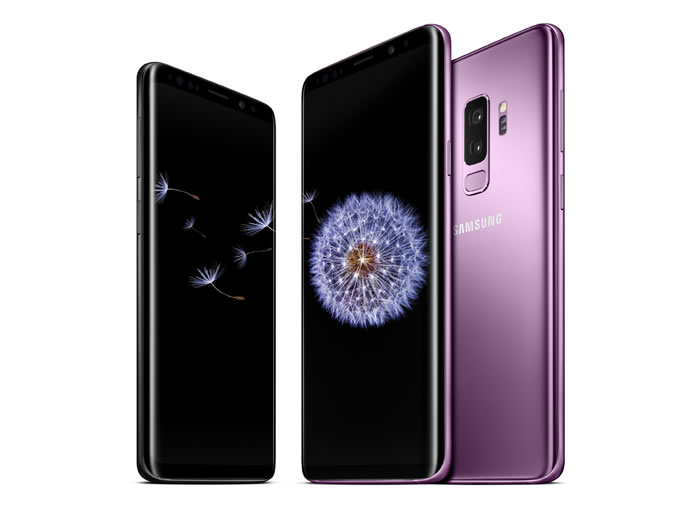 The Samsung Galaxy S9 was always going to be one of the most popular and high-profile phones of 2018, simply because of the name, but Samsung’s Galaxy S range usually deserves most of the acclaim it gets and the Galaxy S9 is no exception.

It has a sleek look and like other models in the range it’s packed full of power and features, but it’s also quite similar to the Samsung Galaxy S8 in many ways, so is it really enough of an upgrade?

The short answer is that in some ways yes and in others no, so it really depends on what you want from your phone, but make no mistake, similar to the S8 or not this is a top flagship. Read on to find out why.

The Galaxy S9 has a 5.8-inch 1440 x 2960 screen with a pixel density of 570 pixels per inch. That’s the same size and resolution as the Galaxy S8, the Super AMOLED screen tech is the same too, as is the elongated aspect ratio. 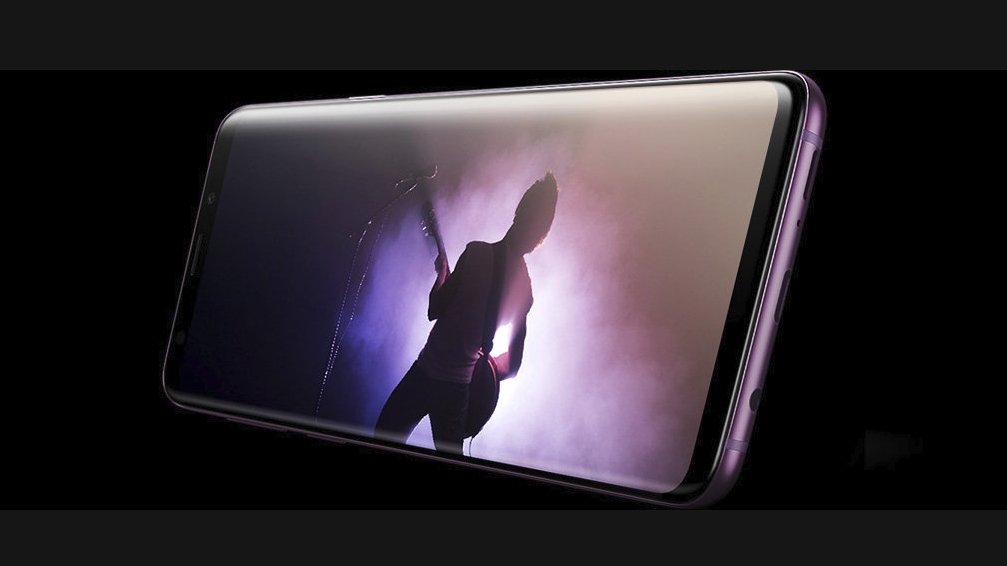 But that’s no bad thing, because this curvy screen is still one of the best around, beating most non-Samsung rivals for resolution and overall quality.

It’s also got minimal bezel, so despite the large size isn’t actually too massive in the hand, and it also doesn’t have a notch, making it one of an increasingly small number of flagships not to sport that divisive design detail.

Other than its curved screen and slim bezels other highlights of the Samsung Galaxy S9’s design include its metal frame and its glass back, giving it a premium, stylish look, especially as it’s also quite slim at 8.5mm thick (though some rivals such as the iPhone X and Huawei P20 are slimmer still). 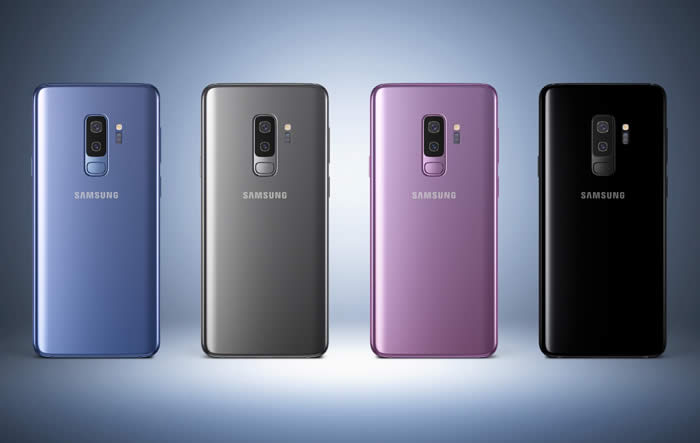 The Samsung Galaxy S9 also has an IP68 certified build, meaning it’s dustproof and water resistant to a depth of 1.5 metres for up to 30 minutes. Many high-end phones are now water resistant, but not all, and most don’t quite have the same level of water resistance as this, so it’s ideal for peace of mind.

There’s an octa-core Exynos 9810 processor powering the Samsung Galaxy S9. That chipset is made by Samsung and has four cores running at 2.7GHz and four running at 1.8GHz, making for a very speedy phone. In fact, in benchmarks it even beats the Snapdragon 845, which is the other main flagship chipset of 2018. Only the chipset in Apple’s latest handsets has it beat.

There’s also 4GB of RAM, which is a less impressive amount than it once was (and beaten by the 6GB in the Samsung Galaxy S9 Plus) but still plenty really, as performance from the Galaxy S9 is generally faultless.

The Samsung Galaxy S9 is also on an up to date version of Android, as it runs Android 8.0 Oreo, and being a recent high-end handset it’s very likely to get updates to the next one or two major versions.

The Samsung Galaxy S9 has a 12MP rear camera with optical image stabilisation and the ability to switch its aperture between f/1.5 and f/2.4.

It’s a very solid snapper whether you just point and shoot or want to take more control over your images and it’s impressively good in low light too, thanks in large part to that variable aperture, though it has been beaten for that by the Huawei P20 and Huawei P20 Pro. 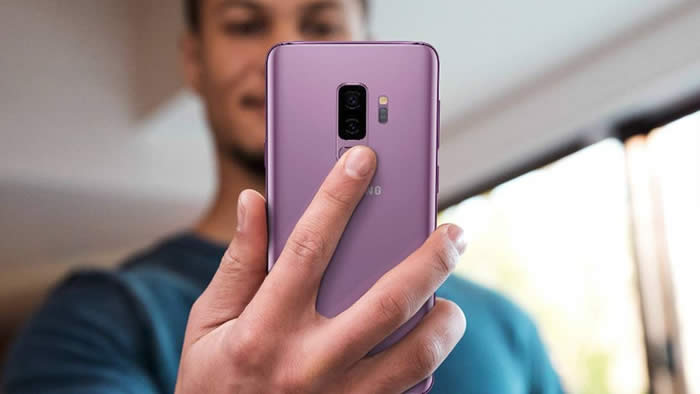 Still, overall this is up there with the best smartphone cameras around, helped by its ability to record 4K footage at 60fps or shoot in slow motion in 720p resolution at 960fps. It’s overshadowed a bit by the dual-lens Samsung Galaxy S9 Plus though.

Around the front there’s a fairly conventional but capable 8MP camera, which should more than do the trick for the selfie needs of most users.

The Galaxy S9 has a few features that not all flagships offer. For one thing it has both an iris scanner and facial recognition, which it can combine for an intelligent scan feature, which quickly unlocks the phone. It’s not as secure as a fingerprint scanner (or the iPhone X’s Face ID) but it works well.

The phone also sports AKG-tuned speakers, which deliver fairly loud, quality sound. These aren’t the best around but they’re a big improvement on what’s traditionally been one of the few weak points on Samsung’s flagships.

And, of course, the Galaxy S9 comes with Bixby – Samsung’s alternative to Google Assistant (which you also get, thankfully) and which even has its own dedicated hardware button.

It can both respond to voice commands, though not as well as rivals, and identify things that you point your camera at. That aspect works better but is a bit limited in its usefulness. One thing it works well for is translating text by pointing the camera at it, but there are apps that do a similar thing and are available for all Android phones.

The Samsung Galaxy S9 has a 3,000mAh battery, which is on the small side for a phone of this size, power and price. However, it’s the same size as the Galaxy S8’s so at least you’re not getting a downgrade.

As with the Galaxy S8 you should get through a day of moderate use before needing to plug the phone in, but just barely, which isn’t really good enough. At least there’s fast charging and wireless charging here though.

There’s 64GB of storage in the phone plus a microSD card slot, so no complaints there, and the Samsung Galaxy S9 supports 4G, Bluetooth 5.0 and NFC.

The Samsung Galaxy S9 is on the one hand a powerful, feature-packed phone, but on the other it’s not a huge upgrade on the Samsung Galaxy S8, and in some ways looks a little lacking compared to other recent flagships.

The screen and design remain among the best around, despite changing little in the last year, while the addition of a variable aperture to the camera makes it feel genuinely fresh and powerful. And speaking of power, nothing slows this thing down.

But the battery life leaves much to be desired and there is a sense that the Galaxy S9 is overly familiar. Plus, you can get a phone that’s better in almost every sense if you can stretch to the Galaxy S9 Plus.