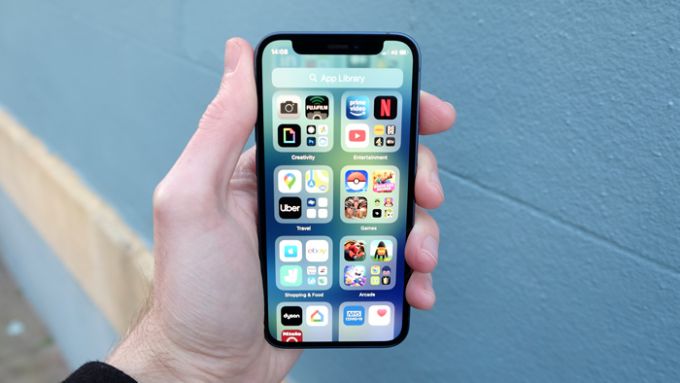 The iPhone 12 Mini is the smallest high-end phone you can buy, and that's reason enough to buy it if you like compact handsets. But it also has a lot more going for it, including top-tier power, 5G, great cameras, an excellent screen, and a premium build.

The iPhone 12 Mini is something new for Apple, or maybe we should say something old, in that it’s a return to high-end compact phones.

It will be great news for anyone who longs for the days of hand-sized handsets, as from its screen to its power and features, this is basically a no-compromise smartphone, just in a smaller size than normal.

We say ‘basically’ because it’s not quite a match for the likes of the iPhone 12 Pro and iPhone 12 Pro Max, but then it doesn’t cost as much either. But for a full rundown of what it does well and where it could be better, read on. 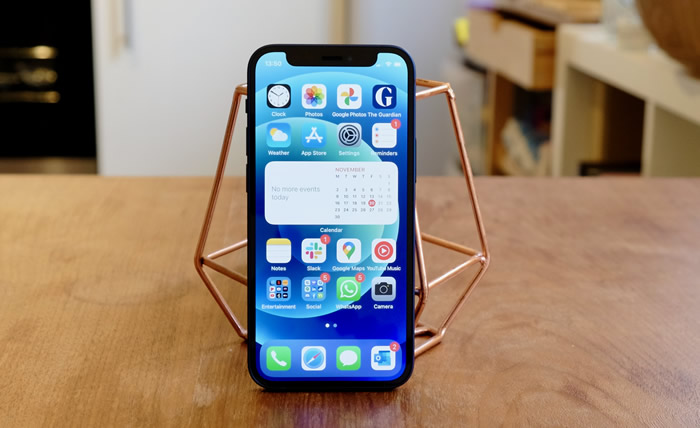 The iPhone 12 Mini has a 5.4-inch 1080 x 2340 screen. So it’s not quite QHD, but remember this is a small phone, so that resolution is enough to deliver a decent 476 pixels per inch. That’s actually marginally more than any other model in the iPhone 12 range.

It also has a high-quality OLED screen, with support for HDR10 and a very high maximum brightness, so content looks great.

It’s worth noting that the iPhone 12 Mini only has a 60Hz refresh rate when many rivals such as the Samsung Galaxy S20 and OnePlus 8 Pro have a 120Hz one, but that’s in line with the rest of the iPhone 12 range.

It’s a shame and means interactions don’t feel quite as smooth as they could, but if you want an iPhone it’s something you’ll have to live with. And truthfully unless you’ve extensively used a phone with a higher refresh rate you probably won’t notice anyway. 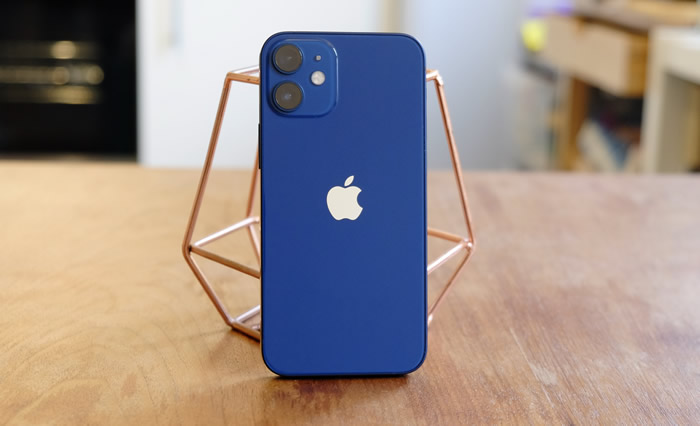 The iPhone 12 Mini looks a lot like the iPhone 11 range, in that it has a square camera block in the top left corner of the back, a large notch at the top of the screen on the front, and is built with a glass back and a metal frame. However, it also borrows from older iPhones like the iPhone 4, in that its sides are flat rather than curved.

In any case, while we’d really like Apple to find a way to remove the notch, it’s otherwise a very attractive, expensive-looking design. And being so small (it’s 131.5 x 64.2 x 7.4mm and 135g) it’s also very use to operate and reach the full expanse of the screen with one hand. That will be a big selling point for some people.

The iPhone 12 Mini goes beyond just good looks too, as it also has Ceramic Shield protection on the front, which supposedly gives it more drop protection than rival phones, which should be reassuring. Another reassurance is the level of water resistance, as it’s rated to survive depths of up to 6 metres for up to 30 minutes, which again is impressive.

The iPhone 12 Mini is a lot more powerful than its small size might suggest, as it has an A14 Bionic chipset. That’s the same chipset as the rest of the iPhone 12 range, and the most powerful one Apple has put in a phone at the time of writing. If benchmarks are to be believed then it’s also more powerful than any 2020 Android chipset. 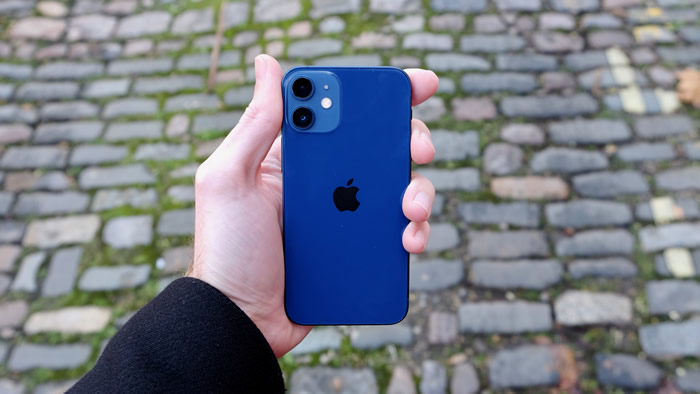 There’s just a dual-lens camera on the iPhone 12 Mini, and this is one of the areas where you lose out compared to the Pro models, still, the lenses you get are good.

There’s a 12MP f/1.6 main one and a 12MP f/2.4 ultra-wide, and both cameras can take excellent photos. You also don’t need to do much work to make that happen in terms of tweaking settings and things – you can just point and shoot.

The cameras also perform better than most smartphone snappers in low light, so even in the evening or a poorly lit room you should be able to get decent results.

Video recording at up to 4K is also supported, and you can even shoot with Dolby Vision HDR, which isn’t something you’ll find on many phones. Portrait mode works well too, and so does the 12MP selfie camera.

The main omission here is a telephoto lens, which is a shame as they can be really useful, but on the whole the iPhone 12 Mini still makes for a very good camera phone. 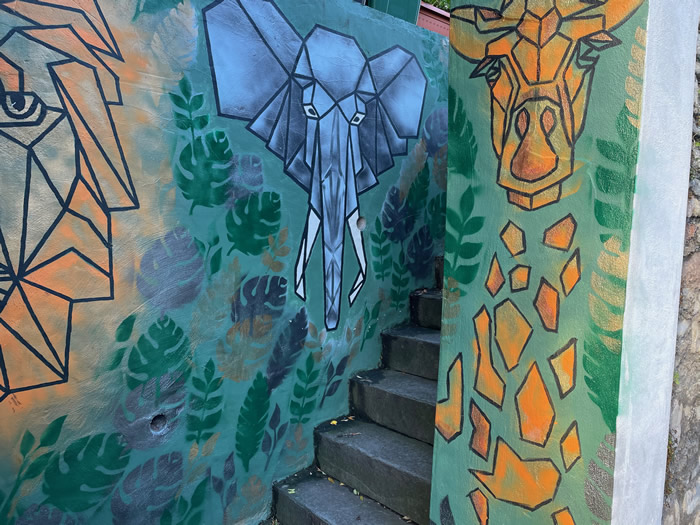 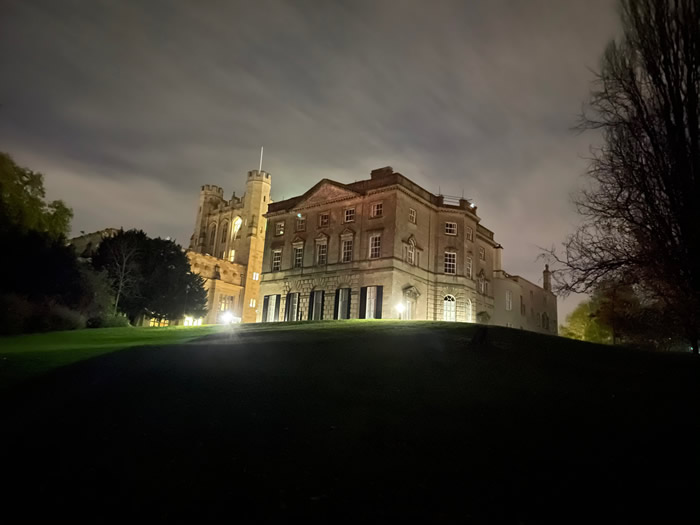 Beyond the things covered elsewhere in this review, one feature worth mentioning is MagSafe. This allows you to magnetically clip accessories – such as cases and wallets – to the back of the iPhone 12 Mini. It also allows wireless chargers to magnetically align, ensuring they charge your phone as quickly and efficiently as possible.

The iPhone 12 Mini also runs iOS 14, which is the latest version of iOS at the time of writing. It also includes some big changes from old versions, such as full widget support, making it a bit more like Android – but with the advantage of access to the App Store.

Apple hasn’t said how big the battery in the iPhone 12 Mini is, but teardowns suggest 2,227mAh. That’s not massive, but one thing Apple has said is you can expect it to last for up to 15 hours of video playback, which isn’t bad, and is a claim it should more or less live up to. This isn’t a phone that will be winning any awards for battery life, but it’s adequate.

As for memory, that comes in at a choice of 64GB, 128GB, or 256GB, though as usual with Apple phones there’s no microSD card slot – so make sure you pick a capacity that will give you plenty of space.

The connectivity highlight is 5G, as along with the rest of the iPhone 12 range this is the first Apple phone to support it. There’s also Bluetooth 5.0 and NFC.

The iPhone 12 Mini is a true flagship that’s truly compact. So if you’d rather have a hand and pocket-friendly screen than an expansive one, then this is the phone for you.

It has loads of power, great cameras, a sharp screen, a premium build, decent water resistance, 5G, MagSafe, and more. While the battery life could be better and we’d love a telephoto camera, for the most part this is about as good as you could hope a compact handset would be.