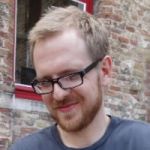 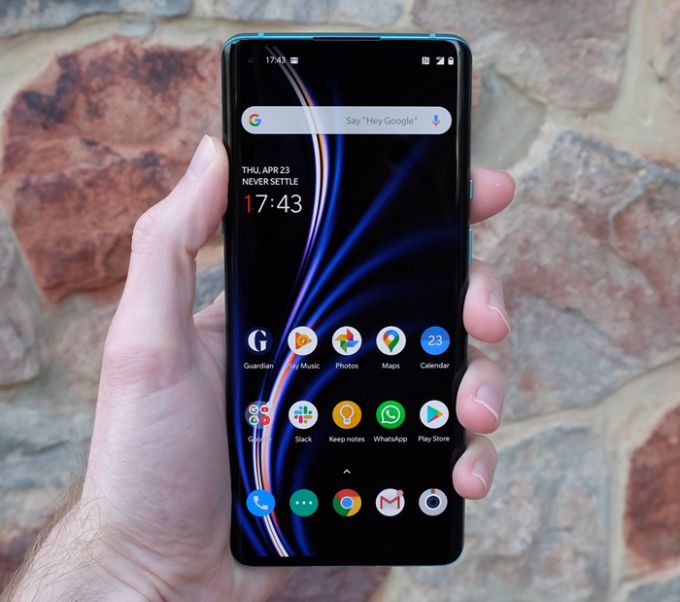 From a uniquely capable and fluid display to a fine camera and top level performance, the OnePlus 8 Pro excels in all major areas. There are trade offs for this boundary-pushing approach, not least a price tag that runs against the brand’s founding ethos. But for the money you get arguably the best all-round Android phone experience yet.

OnePlus phones have been getting progressively better and more premium over the years. This has culminated in the OnePlus 8 Pro, which is the first phone from the brand that outright matches its flagship rivals point for point.

It’s got a display, camera, design, and specification list worthy of the Samsung Galaxy S20 Plus and the Huawei P40 Pro, not to mention a notable software advantage over both. But with prices starting from £899, it can no longer be afforded the breaks of a plucky outsider punching above its weight.

Thankfully, the OnePlus 8 Pro is more than capable of mixing it in such elevated company. While it’s not perfect, it could be the best of the 2020 flagship bunch. 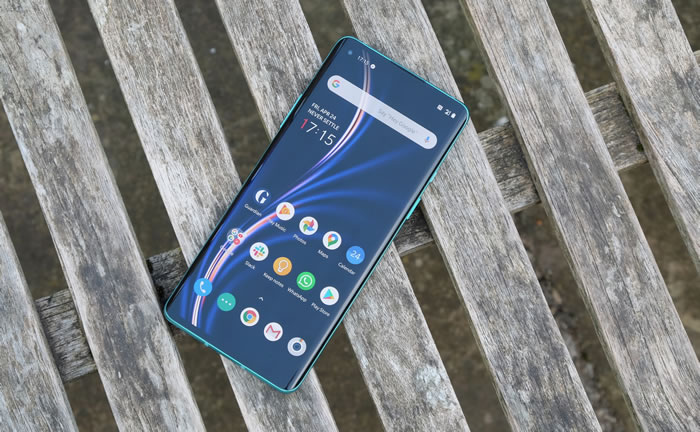 If we were to give a ‘Star Component’ award to the OnePlus 8 Pro, it would probably be for its screen. Yes, there are plenty of phones that manage to be big, sharp, and smooth, but not in quite the same combination.

This is a 6.78-inch OLED with a pin-sharp 1440 x 3168 resolution. It’s genuinely huge, and is every bit as sharp and colour-accurate as its rivals.

Most notably, OnePlus 8 Pro display packs a 120Hz refresh rate, which makes everything scroll by twice as fluidly as phones like the iPhone 11 Pro. Other flagship phones feature higher refresh rate displays, but they’re either ‘only’ 90Hz (like the Huawei P40 Pro), or they can’t manage a QHD resolution at the same time (like the Samsung Galaxy S20 family). OnePlus gives you the whole deal.

Our only real gripe here is the dual-curved edges. Like with the Huawei P40 Pro, these infinity pool-like edges can prove distracting when viewing full screen images and video content. We also encountered the odd occasion where the screen seemed momentarily unresponsive, seemingly through contact with these edges. 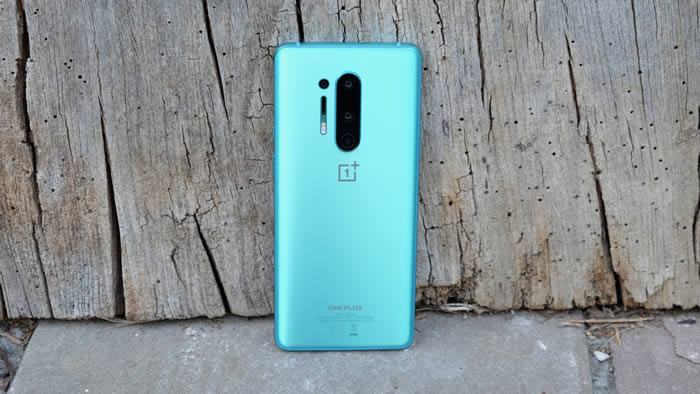 The OnePlus 8 Pro’s design isn’t particularly distinctive, but it’s every inch the 2020 definition of ‘premium’. Its edge-to-edge curved display, curvy metal frame, and matte finish glass back put it right up there with the Huawei P40 Pro and Samsung Galaxy S20.

We’d probably give those latter two phones the edge in terms of fit and finish, but that’s largely a matter of personal preference relating to the colour options and the shape of the camera modules. On the other hand, the customary OnePlus alert slider switch makes us wonder why no other Android manufacturer includes such a useful feature.

One thing to note, though, is that the OnePlus 8 Pro is a somewhat unwieldy beast. It’s a tad lighter than the Huawei P40 Pro at 199g, but it’s also a little wider and a lot taller. It’s not quite the Samsung Galaxy S20 Ultra, but it isn’t far off.

We eventually got used to the OnePlus 8 Pro’s size, but ultimately we preferred the hand and pocket-feel of the cheaper OnePlus 8. 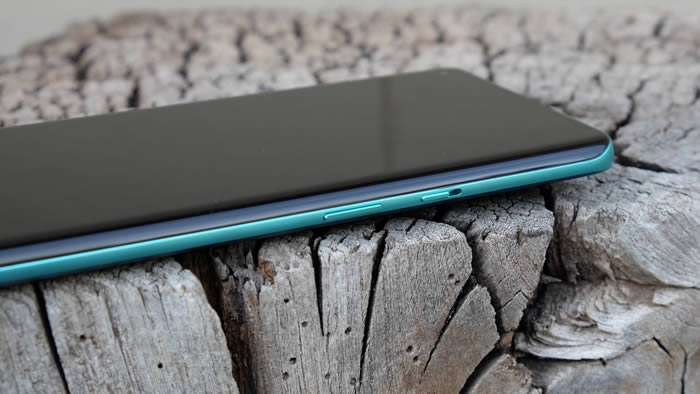 OnePlus phones have Never Settled when it comes to performance, and the OnePlus 8 Pro certainly isn’t about to start.

It runs on a Snapdragon 865 CPU, which is about as speedy as Android processors get right now. That’s allied to either 8GB or 12GB of LPDDR5 RAM, which is both ample and a notch faster than usual.

Combined with that 120Hz display and OnePlus’s famed commitment to optimising its hardware and software, the OnePlus 8 Pro is just about the most fluid-feeling phone we’ve ever used.

That’s backed up when you play one of the handful of 3D games that supports the phone’s fast display. Typically you need to buy an expensive PC to experience 120fps frame rates in games, but the OnePlus 8 Pro is more than capable. 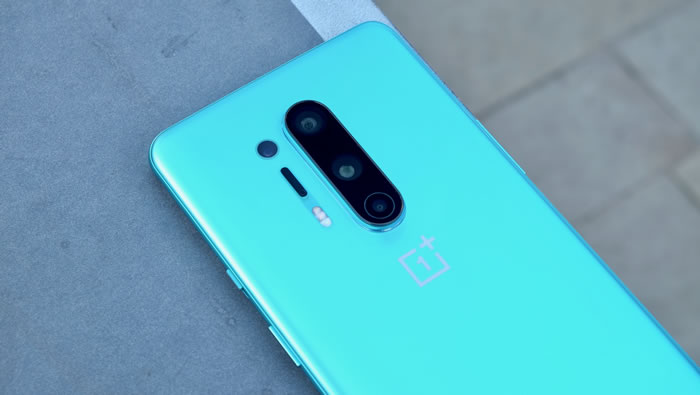 If OnePlus phones have always been hot on performance, then they’ve typically been pretty mediocre on camera skills. However, steady improvements over the years (and a steadily increasing price tag) has culminated in the OnePlus 8 Pro’s genuinely competitive photographic offering.

We wouldn’t necessarily back it to win in a straight scrap with the Huawei P40 Pro or the iPhone 11 Pro. But the fact that it’s even competing in such elevated company is a huge win for OnePlus.

We were impressed with the camera’s flexibility. Close ups really pop thanks to its huge 48MP f/1.8 main sensor, with buckets of natural bokeh (some might even say too much). 3X zoom shots are genuinely usable, too, with the assistance of the phone’s 8MP telephoto lens. 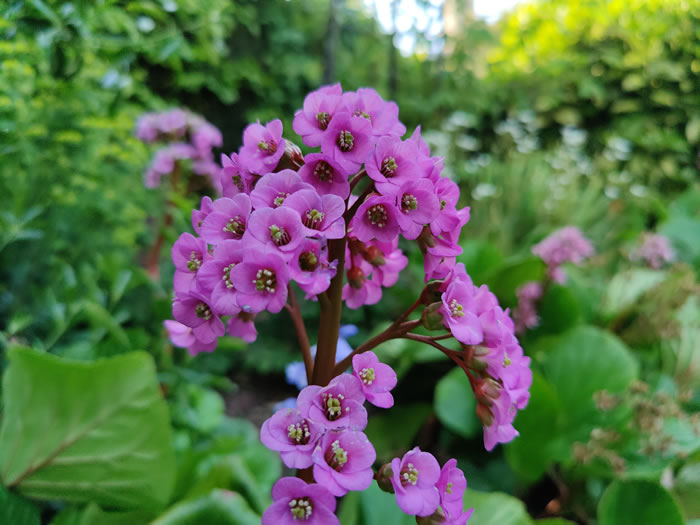 At the other end of the scale the decision to use a wide-angle sensor that’s as pixel-packed as the primary unit means that you won’t experience the same drop off in quality when you pan out for those widescreen landscape shots.

The camera’s dedicated Nightscape mode works very well in very dark conditions, though we found some poorly lit indoors shots to be a little flat and murky. Overall, though, this is easily the best camera OnePlus has ever made, and is no longer a clear reason to go with a rival brand. 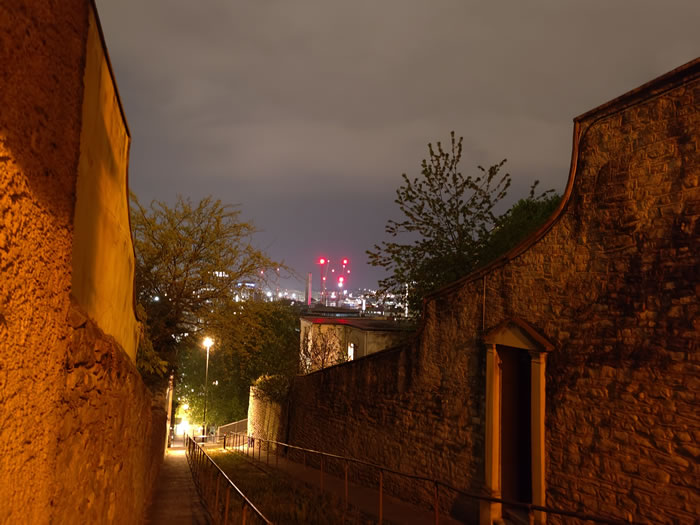 If you’re going to charge the best part of £1,000 for a phone in 2020, you need to come to the table with a complete list of features. You won’t find the OnePlus 8 Pro lacking on this front.

The manufacturer has finally embraced both wireless and reversible charging, which we’ll go into in the following section.

There’s also a decent in-display fingerprint sensor, although that’s a relative term. This space-saving biometric authentication technology still isn’t quite up to the level of the very best dedicated buttons. We used the OnePlus 8 Pro alongside the new iPhone SE, and the latter’s old fashioned Touch ID button wins on speed and reliability.

You can’t fall back on a secure face unlock system here either, unlike with the Huawei P40 Pro. Without the necessary array of front-facing sensors, the OnePlus 8 Pro’s method is fast and reliable, but can’t be trusted for banking and payment authentications.

The ace up OnePlus’s sleeve has always been its OxygenOS UI. It’s not stock Android 10, exactly, but it is a thoughtfully tweaked and enhanced version of Google’s base operating system. Navigation is super snappy, and moving around the clean menus and unadorned home screens really ties in nicely with that 120Hz display.

Unlike Huawei and Samsung, OnePlus isn’t interested in UI gimmicks, and it isn’t massively interested in upselling either. You’ll find a few OnePlus apps tucked away in a OnePlus folder on the second home screen, but otherwise it’s all Google’s sterling stock apps (plus Netflix).

The OnePlus 8 Pro’s 4,510 mAh battery might sound huge, but it’s really not when you consider that huge, sharp 120Hz display.

When we enabled both the full QHD+ resolution and 120Hz in the Settings menu, we found that the OnePlus 8 Pro would be in serious need of recharging following a moderately busy day. If you’re a power user or a heavy gamer, you may not see it through to bed time under these conditions.

You can always opt for 1080p and 120Hz, or QHD and 60Hz. But why would you want to neuter the OnePlus 8 Pro’s headline component?

Thankfully, recharging is another thing the OnePlus 8 Pro does quickly. We’ve mentioned it can handle wireless charging, but it’s not just any kind. If you splash out for the Warp Charge 30 Wireless Charger, you’ll be able to charge wirelessly from 0% to 50% in an unprecedented half an hour.

Most of us will just make do with plain old Qi charging, which will still do the job at a relatively glacial pace. If you want the fastest charging, though, just use the bundled in 30W USB-C charger. 30 minutes of charging took us from 15% to 77%, which is really good going.

Our model came with 256GB of internal storage, though there’s also a 128GB option. Neither offers the facility for expansion, but we can’t see many people feeling the pinch.

Another premium feature that’s present here is 5G connectivity. If your particular combination of location and network support it, then you’ll be able to connect to the internet with near broadband levels of speed while out and about.

The OnePlus 8 Pro boasts top notch performance, a slick UI, and a unique display that’s as sharp as it is fluid. Meanwhile OnePlus has addressed previous gripes by adding wireless charging and an excellent camera.

All these enhancements have come at an increased cost, of course, while that display combination of 120Hz and QHD certainly takes its toll on battery life.

But taken as a package, we can’t think of a flagship Android phone that covers as many bases as the OnePlus 8 Pro. It’s a major contender for the best flagship phone on the market.