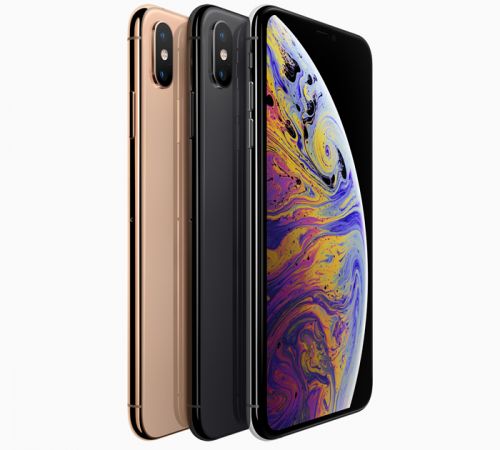 “The iPhone XS is a top flagship that easily rivals anything else in 2018. It's not as exciting as the iPhone X was and the battery continues to disappoint, but otherwise it's a very dependable phone.”

The iPhone XS is one of Apple’s three new phones for 2018, but while the iPhone XR is aimed at slightly more budget buyers and the iPhone XS Max is the biggest and best option, the iPhone XS, sat in the middle, is likely to be the most mainstream.

It’s the successor to the iPhone X, and while the design and features are similar to last year’s phone a lot of things have been improved.

But a lot of other good phones have also landed since the iPhone X, so are the improvements made by the XS enough, particularly considering its high price?

The iPhone XS has a 5.8-inch 1125 x 2436 Super AMOLED screen with a pixel density of 458 pixels per inch. That makes it fairly large, matching the likes of the Samsung Galaxy S9 for size, and fairly sharp, though notably not quite matching Samsung’s flagship there.

It also uses the same display type as most Samsung phones, which is a good thing, as Super AMOLED delivers deep blacks, great contrast and vibrant colours. 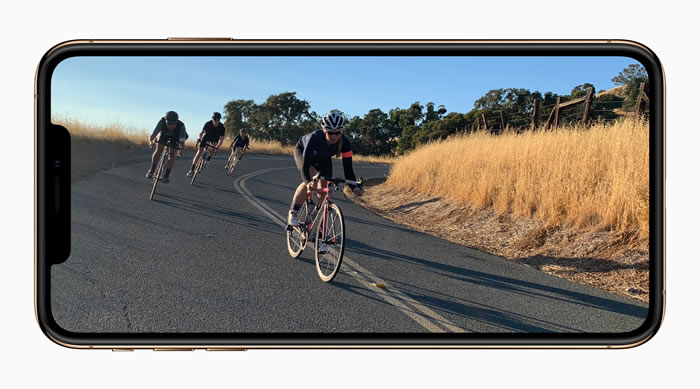 The 19.5:9 aspect ratio and notch puts the iPhone XS in line with many other flagships too – you’re getting a taller screen than most phones from a couple of years ago and a higher screen-to-body ratio.

It’s also HDR10 compliant of course, has great colour accuracy and Apple’s True Tone tech, which automatically adjusts the white balance to match the light around you.

Overall, it’s just a very high-quality screen. Really, it’s only the resolution that slightly holds it back and even there in practice you’ll be hard pushed to tell the difference between this and something sharper.

The iPhone XS, like many flagships, has a glass back and a metal frame, but Apple claims it has used the most durable glass ever in a smartphone, so it should be less fragile than it looks.

It’s a familiar design, in that it looks much the same as the iPhone X before it, and it arguably doesn’t stand out quite as much as some other flagship phones, such as the Samsung Galaxy S9 with its curved screen or the Huawei P20 Pro with its twilight colour scheme.

But the iPhone XS still looks good. It also looks expensive and has all the protections you’d expect from a flagship.

There’s a hexa-core Apple A12 Bionic chipset inside the iPhone XS, and coupled with the phone’s 4GB of RAM it’s exceedingly powerful. It’s also the first 7nm chipset to be used in a phone – though Huawei has now matched its size with the chipset used in the Huawei Mate 20 range.

In benchmarks nothing can touch the iPhone XS (other than the iPhone XS Max). In real world use you shouldn’t notice much difference between the performance of this and other recent flagships, because the reality is that all of these phones have power to spare, but the extra oomph should help future-proof the iPhone XS.

The iPhone XS also runs iOS 12 of course, which is the latest version of Apple’s mobile operating system and remains one of the slickest operating systems on a phone (though Android arguably gives you more power). It will also get operating system updates for years to come, which again helps future-proof it.

The iPhone XS has a dual-lens 12MP rear camera, with one f/1.8 wide-angle lens and one f/2.4 telephoto one. You get optical image stabilization on both lenses, plus a whole load of camera modes, including new additions like Depth Control, which lets you adjust the depth of field after you take a photo, and Smart HDR, which helps bring out more highlights and shadow details.

So it’s a very versatile snapper, but like most iPhone cameras it also works well if you just want to point and shoot. 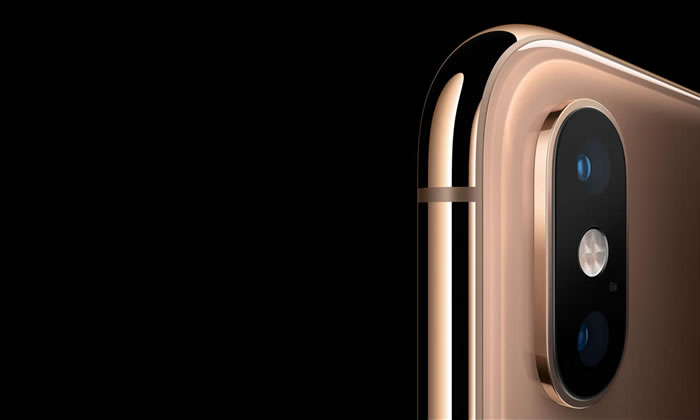 On the front, there’s a 7MP f/2.2 camera, which might sound fairly ordinary but it’s a TrueDepth camera, meaning that it can judge depth in shots using the same tech as the phone’s Face ID system. That means you can get great depth effects in your selfies.

Being an ‘S’ phone, the iPhone XS is fairly light on completely new features. Mostly it’s just an improvement on all the things found in the iPhone X.

Still, Face ID is worth highlighting, as although it’s not new it remains one of the best and most secure facial recognition systems on a phone. Which is a good thing too, because the iPhone XS doesn’t have a fingerprint scanner.

The iPhone XS has a 2,658mAh battery, which is on the small side for a phone of this size. But you don’t need to worry too much, as the phone should have enough juice to get you through a day of moderate use.

That said, really push the phone with lots of games or video and you’ll need to plug it in by mid-evening or earlier, and while life is generally adequate it’s not a match for some other phones, so this is one of the weaker aspects of the iPhone XS.

For memory, you get a choice of 64GB, 256GB or 512GB. As always for Apple there’s no microSD card slot, but the 512GB size and even the 256GB size should be far more space than most buyers need. We would think twice before buying the 64GB model though, unless you really don’t use many apps and games or much locally-stored media.

Connectivity options include Bluetooth 5.0, NFC (for use with Apple Pay), and of course 4G. It’s a standard flagship selection.

The iPhone XS is a refined version of the iPhone X. As such it’s nowhere near as exciting as that phone was when it launched a year earlier. Where that was a complete reinvention of the range, this is more of the same, just done slightly better and updated for 2018.

That’s not necessarily a bad thing as there are very few weak links here. The iPhone XS is incredibly powerful, can come with loads of storage, has a top screen, a premium design and a great camera, as well as high-end features like Face ID.

The battery life holds it back slightly and the screen isn’t quite the sharpest around, which is a small shame, particularly given how much this phone costs. But no phone comes without compromises, and these are ones that we can live with.