What is tethering and how do you enable tethering? 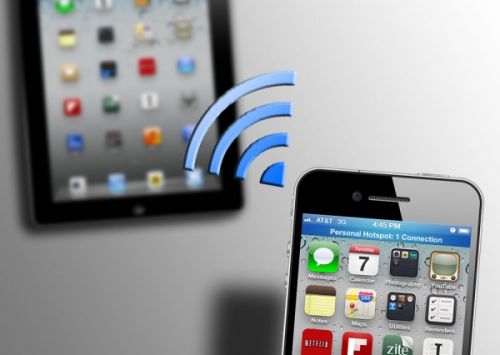 Tethering, or a personal hotspot as it's sometimes called, can be an enormously useful way to get devices, such as laptops and tablets, online when there's no Wi-Fi available.

All you usually need to do it is a 3G, 4G or 5G smartphone with a data allowance, and it's simple to set up. Read on for everything you need to know, including what tethering is, what it can be used for, and how you can activate it.

Tethering a phone means connecting the phone to another device (such as a laptop or tablet) so that the device can use the phone's internet connection to get online.

This is generally done wirelessly, by broadcasting the signal from your smartphone as a Wi-Fi network that other Wi-Fi devices can detect and connect to.

Generally, if a device supports Wi-Fi you'll also be able to tether your phone to it wirelessly, simply by broadcasting a Wi-Fi network from your phone. However, tethering can in some cases also be done with a USB connection or via Bluetooth.

A smartphone makes for an ideal candidate for tethering. Modern smartphones have great connectivity capabilities, with high speeds (especially on 5G) and potentially large data allowances (with many networks offering unlimited data plans) making them very capable replacements for regular modems, and helping people to get more out of their contracts.

And you’re not limited to having your phone act as a modem for just one device, rather, you can share your phone’s internet with numerous devices at once.

As such, you can use a smartphone as a full replacement to a mobile broadband device, and at a push it could even act as a temporary replacement to home broadband – though that would eat up both your data and battery rapidly, and some networks limit the number of devices you can regularly connect to at once, with the cap (if there is one) typically being 11.

How to set up tethering on Android and iPhone

Tethering on iPhone and Android is functionally much the same, but there are a few differences in getting it set up.

On Android, head in to ‘Settings’. From there the wording will vary depending on your handset and Android version, but you’re looking for ‘Wireless & Networks’, or ‘Connections’ or similar.

From there, you might see an option called ‘Mobile Network Sharing’, ‘Tethering’, ‘Portable Hotspot’, or something along those lines. If not, look for a ‘More’ option and see if that brings it up. 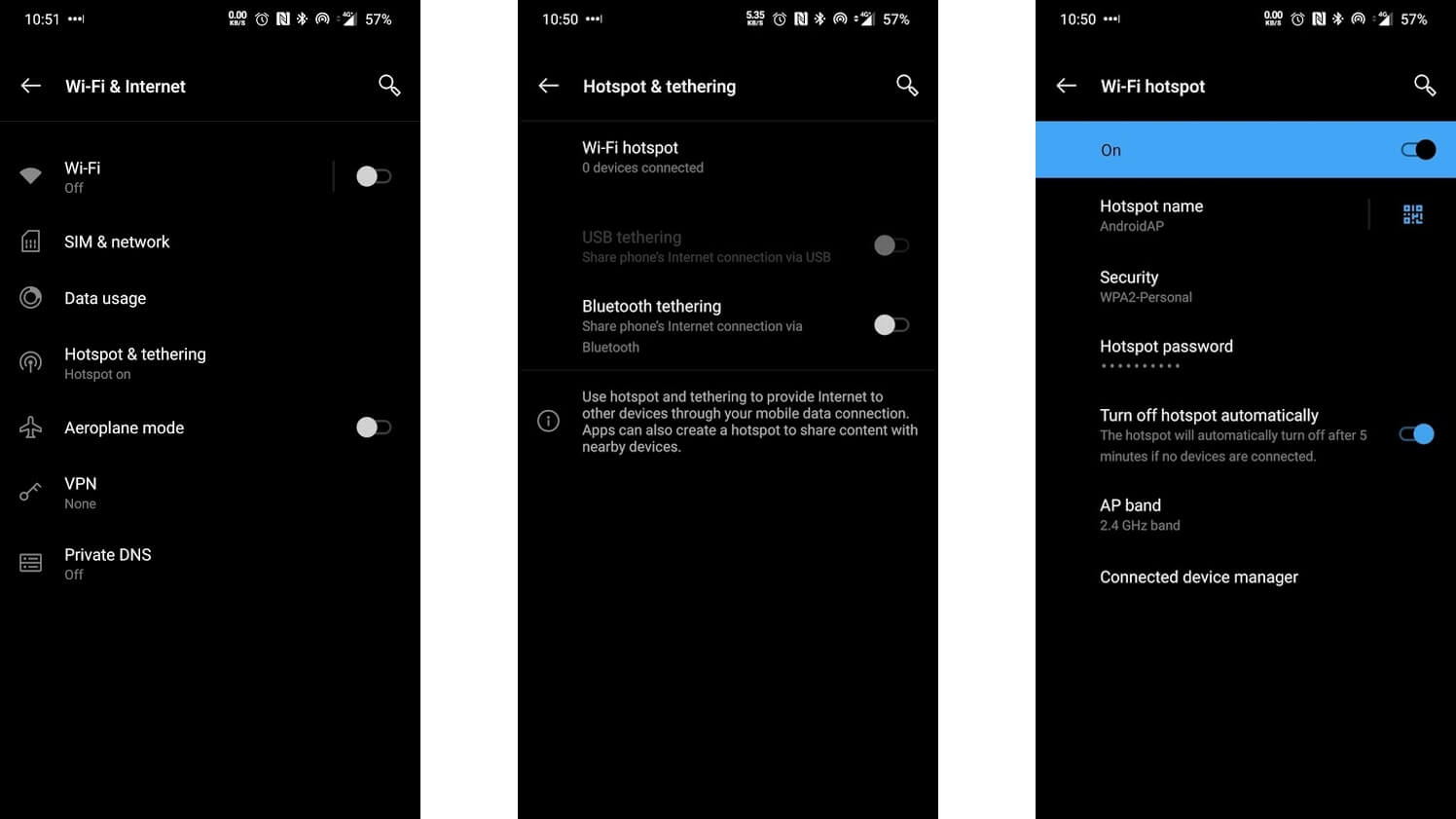 Once found, tap it and you should be presented with a list of tethering options - Wi-Fi, USB or Bluetooth. Pick the one you want to use, which in most cases will be Wi-Fi (though may be called ‘Mobile hotspot’), then you just choose a network name and password and simply connect to that network from the device that you want to get online.

Note that a password probably won’t be required, but we strongly recommend that you use one for security. 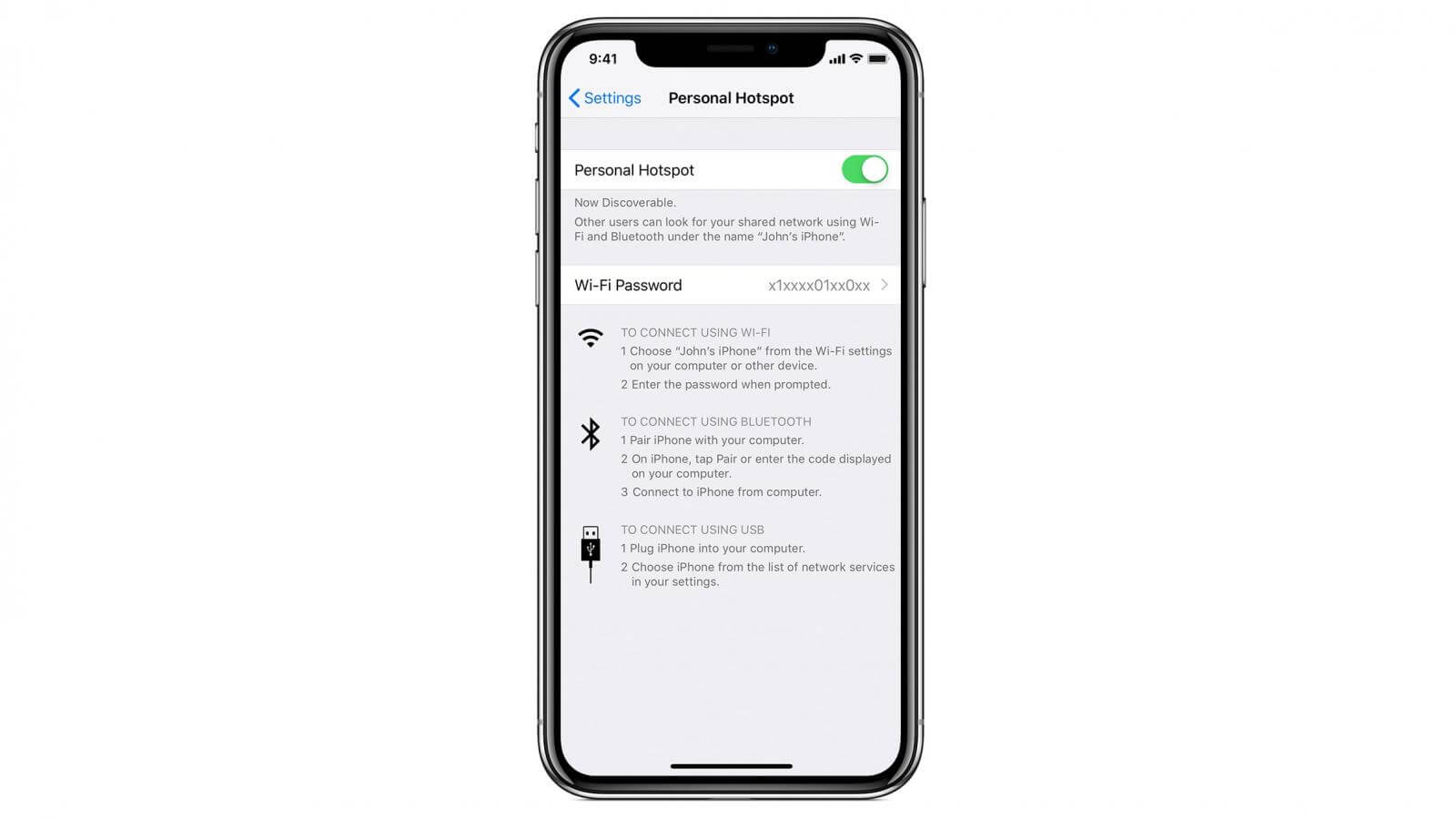 After that you have the same Wi-Fi, Bluetooth or USB options as on Android and the setup process is the same.

Why would I want to tether?

Tethering is useful any time you’re somewhere that doesn’t have Wi-Fi where you might want to get another device online. Common examples of that include trains, cafes and hotels, where you might want to work on your laptop or stream something on your tablet for example. As long as your phone has a mobile data connection, you’ll be able to.

And tethering can also be useful where Wi-Fi costs extra to use, as is sometimes the case in hotels, for example.

But in short if you have a device that doesn't natively support mobile data there could be an occasion where you'll want to tether your phone to it. Be it to work on your laptop during a commute, or to stream videos on a tablet or even play games on a portable console.

Advantages and disadvantages of tethering

Tethering is a great way to give your device an internet connection when there’s no Wi-Fi available. If you have a smartphone with a decent data allowance then you can tether it to your laptop on a commute and get some real work done, or tether it to your tablet and stream some films on a larger screen.

It also doesn’t cost any extra, which is a big advantage, plus you should already have everything you need to do it and you can even tether multiple devices to your handset. If you’re tethering to a laptop using a USB cable then you can also charge your phone at the same time.

Finally, public Wi-Fi networks are often insecure, making tethering a far safer option (as long as you use a password).

There are downsides though. For one thing some tariffs don’t come with a huge amount of data and tethering can easily eat through your allowance, especially as you’re likely to be using full desktop versions of sites, which use a lot more data than mobile versions.

Unless you have a 5G phone and connection it often won’t be as fast as a proper Wi-Fi connection either, especially in areas where you only get 3G, and depending on where you’re going you might not be able to do it abroad as it falls under data roaming. It can also drain your phone's battery quite quickly, so bear that in mind if you’re planning on using it heavily.

Networks in some cases also have different fair use limits for tethering than for general phone use. Though at the time of writing the majority of networks will let you use your full allowance for it, even if you have unlimited data.

Plus, some networks and plan types don’t allow you to tether at all, so this is worth checking before joining a network if tethering is something you’ll want to do. Though at the time of writing Lycamobile is the only network we’re aware of that doesn’t allow it on any plan.

All in all, it’s a great option to use in an emergency or just from time to time, but whenever possible you should stick to a proper Wi-Fi connection. And to save your phone’s battery life you might want to invest in a dedicated mobile broadband device if you plan to tether often.