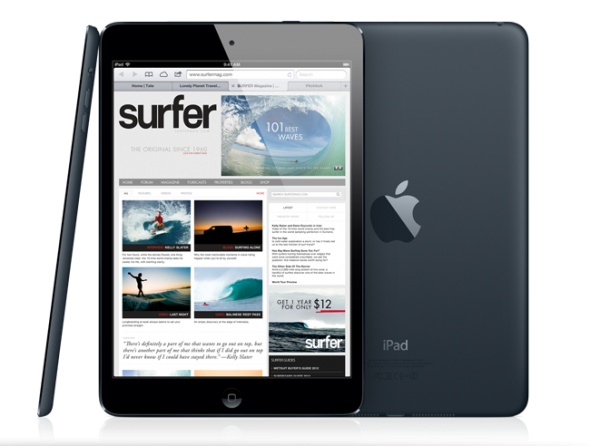 Apple look set to launch the iPad 5 in April according to fresh information being reported online. The last iPad launched by Apple was the iPad Mini and by April it'll have been 6 months since Apple launched the iPad 4.

The launch of the iPad 4 last October angered people who'd bought the previous iPad which was on the market for just 7 months before being replaced. However, it looks like Apple will now repeat the trend with the iPad 5 which is sure to insight further rage.

The new rumours regarding the iPad 5 originate from analysts at Piper Jaffray . The analysts, who have proved pretty reliable in the past, are predicting that Apple will showcase the iPad 5 at the first Apple media event of 2013 which is likely to take place in April.

What else do we know about the iPad 5 ?

The same source suggested that Apple's iPad 5 will adopt a whole new design similar to the one featured on the iPad Mini (pictured above). Apparently, it'll also be both thinner and lighter than the current iPad.

Sadly , that's all the information we have about the iPad 5 at the current time , but we're sure that more details will surface over the next couple of months. 3G will keep you up to date with all the news related to Apple's next iPad !

In related news Apple are also expected to unveil a Retina version of the iPad Mini which is expected to land in the first half of 2013. However, this is yet to be confirmed but as soon as we get more news we'll let you know.