Samsung Galaxy Note S To Be Unveiled At MWC ? 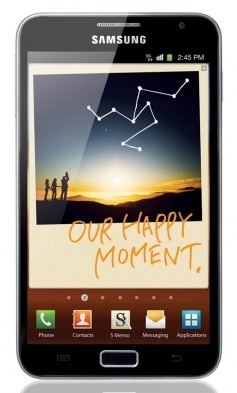 Samsung confirmed earlier in the month that they wouldn't be unveiling the Galaxy SIII at the Mobile World Congress, which was a huge disappointment to the folks at 3G.

However , new rumours suggest that they could well unveil the successor to the Samsung Galaxy Note (pictured above). Samsung quickly sold over a million Galaxy Notes so launching an updated version seems an obvious step for the company.

The latest rumours suggest that the Samsung Galaxy Note S will be showcased at MWC , which takes place at the end of this month in Barcelona. Very little information is available about the Galaxy Note S, but we'd expect it to have a similar screen size (5.3 inches) to the original.

The Galaxy Note S could also incorporate a dual-core processor and it'll undoubtedly be powered by Android Ice Cream Sandwich. High mega-pixel cameras seem to be making a return in recent times so a better camera also looks likely and a 12 mega-pixel camera is not out of the question.

The wait for MWC 2012 is almost over with just a couple of weeks left and we'll have to wait patiently to see if Samsung unveils the Galaxy Note S.