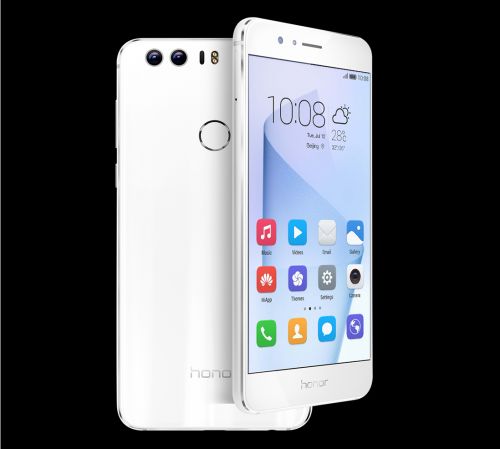 The Honor 8 could be the best handset that no one’s heard of, as it combines almost flagship specs with a significantly lower price tag and it’s available now on Three.

Highlights of the Honor 8 include a premium design, with a glass back and metal frame, reminiscent of the far more expensive Samsung Galaxy S7.

And the Honor 8 doesn’t just have flagship looks, as with an octa-core processor and 4GB of RAM it’s got flagship power too.

The camera is also right up there with high-end shooters, thanks to dual 12MP lenses, much like the Huawei P9 or even the brand new iPhone 7 Plus. Around the front there’s no shortage of quality either, with an 8MP snapper ready to take pin sharp selfies.

Add in a fingerprint scanner, a 5.2-inch 1080 x 1920 screen and a big 3000mAh battery – with support for fast charging – and the Honor 8 is a phone that can compete with big name, big spec alternatives.

But it doesn’t have to, because the Honor 8 is surprisingly affordable too, starting at just £17 per month with no upfront cost on Three. For that you’ll get 500MB of data, 300 minutes and unlimited texts on an Essential Plan, but of course there are plenty of other options too, right up to unlimited everything.