The Google Pixel 4 has brilliant software matched with mostly great hardware. The battery disappoints and there are a few other minor issues, but all in all it's a great handset, especially for the price.

The Google Pixel 4 is – along with the Google Pixel 4 XL – the latest handset from Google, and while it might not look super modern with its big bezel, under the surface it has some truly cutting-edge features.

It also has everything you’d expect from a Google handset, chief among which being the best take on Android you’re likely to find.

But is this just a phone for Android purists or does it deserve mass appeal? For the answer to that, read on. 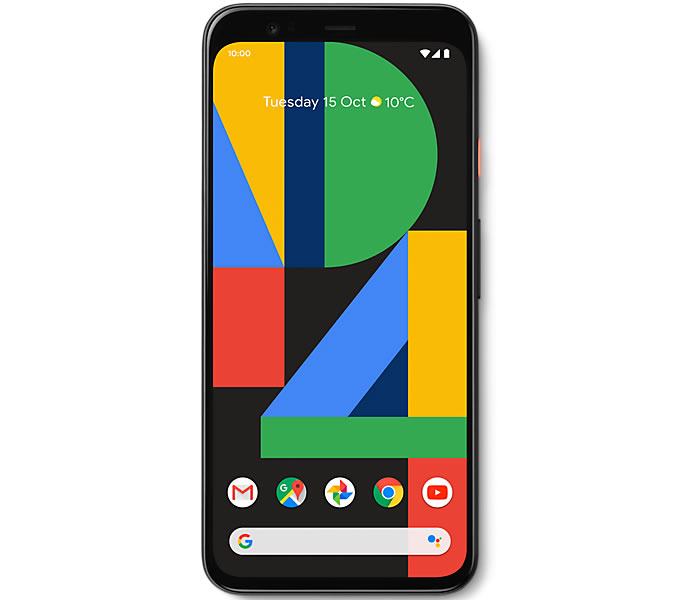 That’s a decent spec, if dwarfed in resolution by the likes of the Samsung Galaxy S10. Not all flagships have it beat though. It’s similar for example to the Huawei P30 Pro in resolution terms.

And it has a trick up its sleeve that neither of those handsets have, namely a 90Hz refresh rate. That’s up from the smartphone standard of 60Hz, and means that interactions and animations feel even smoother than the already high-end performance would allow. We’re starting to see increased refresh rates on a few phones, such as the OnePlus 7 Pro, but still not many.

It makes a real difference, and beyond that the Google Pixel 4 generally has a high quality screen – it might not be the sharpest around, but it’s bright and vivid.

One thing that’s sure to prove divisive is the Pixel 4’s design, thanks mostly to the full bezel above the screen. In a world where most phones have switched to notches, punch-holes or pop-up cameras, this looks rather dated, though the slightly rounded screen edges are a nice touch.

Personally we’re not fans of the bezel and we doubt many people will be, but we do quite like the rest of the phone – it has a bright back in white, black or orange. 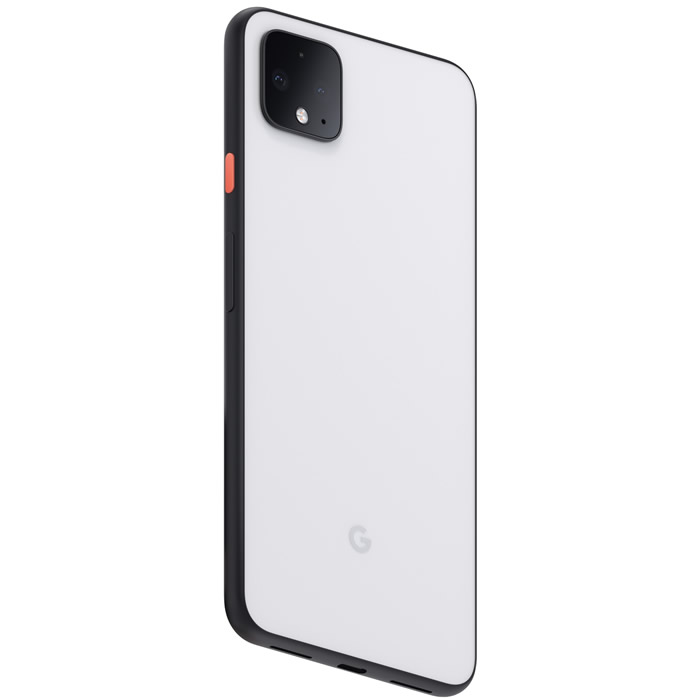 That’s then nicely contrasted by the black frame and camera block, and an orange power button. It’s a playful look that we generally liked a lot, it’s just a shame about the front.

Notably the Google Pixel 4 is also IP68 certified, so it can survive being dunked in water at depths of up to 1.5 metres for up to 30 minutes. At this end of the market this is now a fairly standard feature, but still not guaranteed – the OnePlus 7T for example has no official waterproof rating.

You won’t find any shortage of power inside the Google Pixel 4, as it has both a high-end Snapdragon 855 chipset and 6GB of RAM. Okay, so neither of those specs are quite as good as, say, the OnePlus 7T Pro, but they still mark this out as a flagship, and it’s one that undercuts many top-tier handsets.

This isn’t a phone that will quite top the benchmarks but for general use and even quite demanding games it works perfectly. 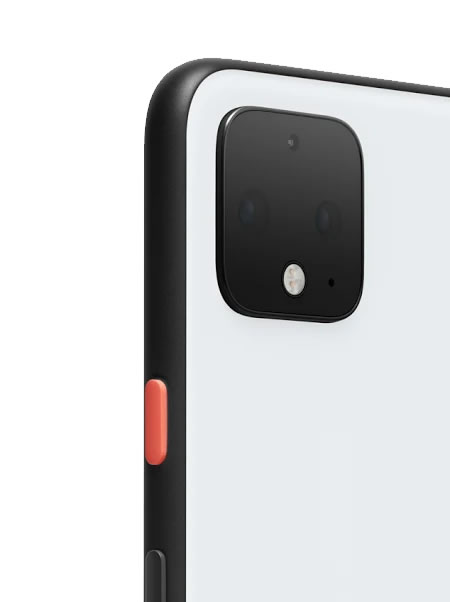 Looking at a specs sheet you might not expect the Pixel 4’s camera to impress much, as it has just got a dual-lens one, but Google really made the most of those lenses.

There’s a 12.2MP f/1.7 main lens and a 16MP f/2.4 telephoto one. That second one offers 2x optical zoom, and both lenses benefit from optical image stabilisation, to help keep your shots steady and in focus.

The lenses seem high-quality too. Certainly they can take some great photos, though that’s in part going to be down to the software backing them. The Pixel 4 can use AI to improve images, and has a stunningly good night mode, along with an ‘astrophotography’ mode, which is designed specifically for taking shots of the night sky.

There are all sorts of other tools and modes here too, making for quite a versatile snapper, though the lack of an ultra-wide lens is a disappointment. The 8MP front camera is decent too, though doesn’t really stand out from the high-end competition.

Motion Sense is one of the new features found on the Pixel 4, and it certainly sounds exciting. It uses a radar chip to detect your hand when it’s not touching the phone, allowing you to make gestures above the screen to, for example, silence alarms and skip songs. It can also turn the screen on when you move your hand near it.

These features work reasonably well, but in practice are more just nice to have than real game-changers.

That’s unlikely to suit everyone, especially as not all apps currently offer facial recognition as a security option.

The final feature worth highlighting is Android itself, as this being a Google handset you get the latest version of it (Android 10 at the time of writing). You’ll also get speedy updates, and this is Android as Google intended it, with no bloat. It’s great, in other words.

The Google Pixel 4 has a 2,800mAh battery, which is one of its weak links, as that’s quite small and leads to life that’s mediocre at best. If you’re anything other than a light user you won’t confidently be able to get through the day without topping it up.

However, it does at least support both fast charging and wireless charging, so it’s generally convenient to charge.

There’s a choice of 64GB or 128GB of storage inside and as there’s no microSD card slot we’d definitely recommend 128GB, though if you don’t store loads of apps or media then you might be okay with the smaller size.

The Google Pixel 4 is an impressive phone in a lot of ways, with a great 90Hz screen, an impressive camera, a fun design, a slick interface and a clever – if limited – Motion Sense feature.

It’s let down a little by the battery and by its large bezel, but don’t forget that this is cheaper than most top-end phones, so they should be acceptable compromises for the price.

This isn’t the best flagship you can get, or even the best value, but it’s in the conversation, and offers some things that few other phones do.