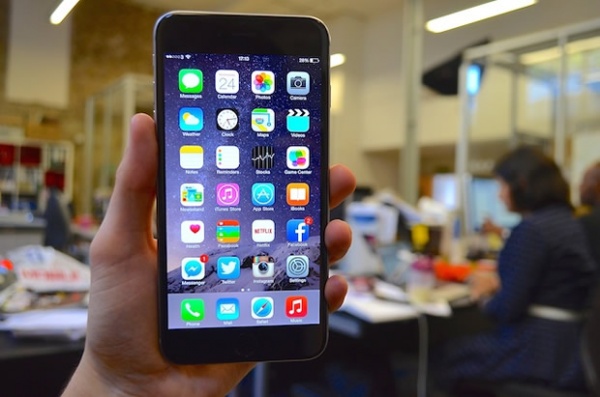 "This is a lightweight and slim device, which benefits from beautiful build quality and a massive HD display, but the iPhone 6 Plus is not the fabulous phablet we’d hoped for. While the Galaxy Note range has created a niche market, Apple appears to have gone for the safe option and ended up selling the device short." 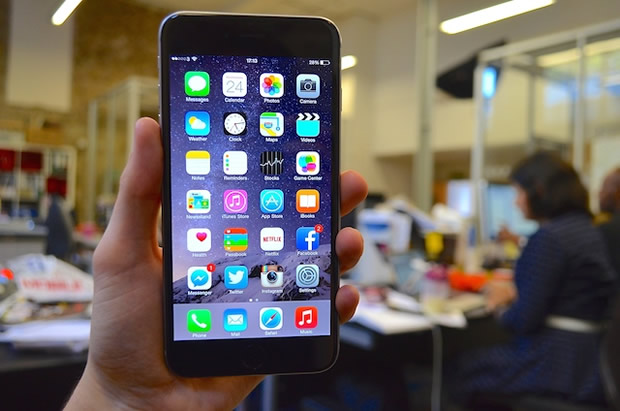 We already knew it would be tricky to review the iPhone 6 Plus – by tradition, Apple phones have sported displays of no more than 4in – and here comes this massive 5.5in beast. It looks very odd when you stand it next to its forerunners – and iPhone fans will find it hard to get used to.

After all, iPhone fans have gamely carried on with their phones with screens measuring 4 inches or less, while Android users have been squeezing massive 5in and 6in behemoths into their pockets, So the creation of the 6 Plus is a huge step into the abyss for Apple and its loyal consumers – might it perhaps also tempt away some Android users with that massive screen? 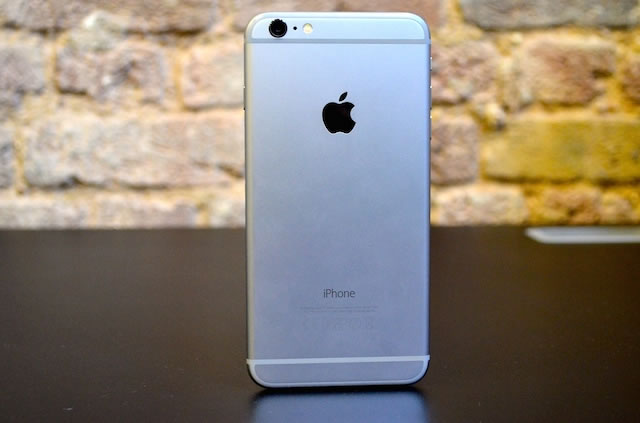 It will come as no surprise that the iPhone 6 Plus is rather large – in fact it’s huge. Certainly for iPhone users and even for this weathered phone reviewer, who is used to using the Sony Xperia Z2, Samsung Galaxy Note 4 and LG G3.

It’s also a lot slimmer than the iPhone 5s – a clever piece of engineering – and weighs in at a decent 172g, which is 4g less than the Samsung Note 4.

Its huge size aside, this is a wonderfully made device, created from glass and aluminium and featuring the same curved edges that the iPhone 6 boasts. It also has the Touch ID fingerprint scanner, which features on the iPhone 6 and is situated on the home key.

The glass tapers slightly at each corner and the rear snapper sticks out of the back. On the base and the top are the rather ugly antenna strips that appear on the iPhone 6. Still, it’s a good-looking device.

The Full HD display measures 5.5 inches and has a resolution of 1920 x 1080 and a ppi of 401 – that’s a lot more than the 326ppi of the iPhone 6. It’s a fantastic screen that makes HD movie watching a great experience. Previous iPhones have felt cramped when watching movies and gaming, but this is like having a cinema in your bag or pocket. The gap between the display and the glass front gives an immersive experience - prod the screen and it feels like your finger is delving into the screen itself. 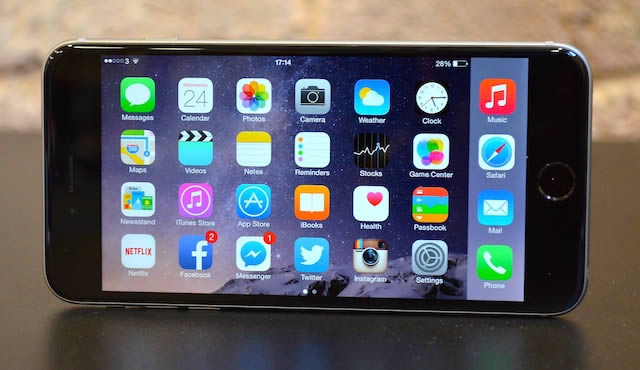 This is a Retina display, which is sharp, bright and offers top viewing angles. You can’t ask for more from a screen on a phone as it looks just as good as the iPhone 6’s display – it’s even sharper and has more pixels.

Apple iPhone 6 Plus: Performance and software

The handset runs on iOS 8 and under the hood sit the same M8 and A8 chips as the iPhone 6, which means its performance is about the same. We found apps closed and fired up quickly, and multitasking was sleek and easy. The phone also stayed pretty cool – only warming up a little when we did some intensive game playing.

Real Racing 3 is our game of choice when testing phones – and since it had a large update towards the end of September, we’ve had problems on the iPhone 6. And yet we have played similar intensive games on the 6 and 6 Plus and they have run fine, so we have to assume it’s an issue with the game’s update, rather than the handsets. 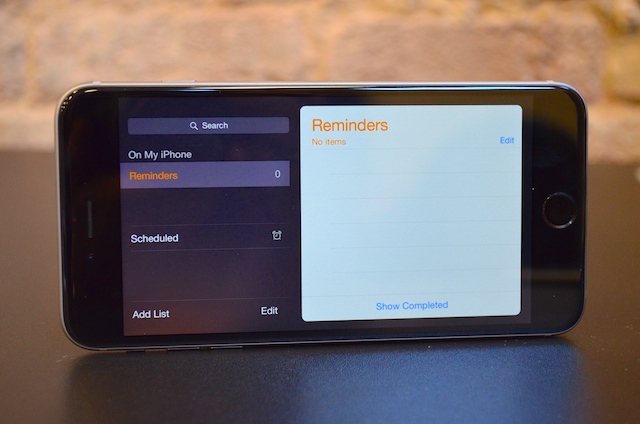 Another new feature on both new iPhones is the ability to pull down the user interface in a bid to make the buttons at the top of the display easier to reach. Just do a double tap on the Home key. Unfortunately we found it was a tad temperamental – we ended up just holding the device in one hand and tapping it with the other.

The 6 Plus also boasts a rotating home screen (like on the iPad). Also, apps alter their layout if you switch the handset from landscape to portrait mode and vice versa. For instance, hold the device in landscape when using Messages and you’ll see that the contacts sit on the left while the conversation is on the right. You can see this split-screen view in other apps such as Reminders, Notes and Calendar. It gives the 6 Plus the feel of a productive tablet, rather than just your average phone. 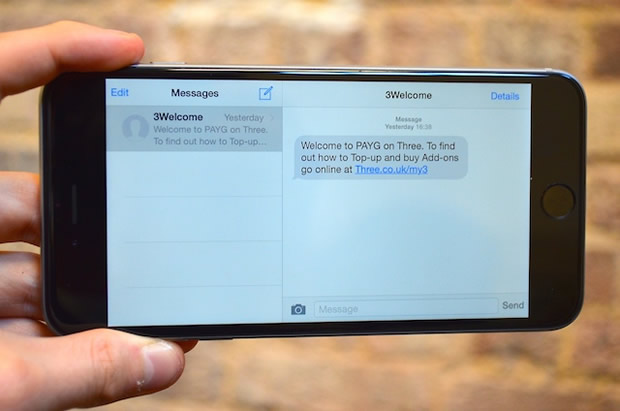 There’s a larger battery too – it’s a 2,915mAh type – and allowed us to get two days of heavy usage out of the iPhone 6 Plus. I’d used it for a day and a half and was still able to watch more than two hours of movies on Netflix and still get it through another night and into the afternoon of the third day before it finally gave up the ghost.

The camera is an 8-megapixel model on the back, while the front-facer is a 2.1MP version. It also has the added benefit of optical image stabilisation (OIS). The result is that you get more stable video from the 6 Plus – and you should be able to get better images in low light. However, we couldn’t see much difference between the two.

The good news is that OIS has more effect when shooting video. We found that it managed to get rid of a lot of the shake when you’re filming while walking. The only thing is that both the iPhone 6 and 6 Plus have software that also attempts to improve the issue and it sometimes gets too enthusiastic – which results in blurriness at times. While you’re never going to get totally smooth video when you’re holding a phone, this makes a decent stab at taking it a good step above its rivals. 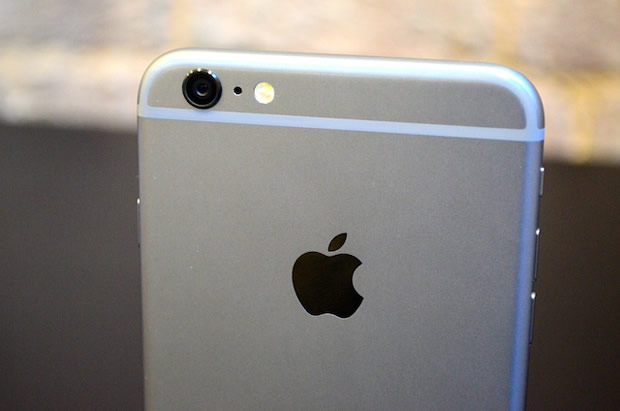 Like the iPhone 6, the 6 Plus also boasts Focus Pixel technology, which offers superfast autofocus. You can also record Full HD, slow motion at 250 fps, and time lapse. It’s ahead of its rivals – and shows that having more megapixels is not what makes a better snapper.

Apple iPhone 6 Plus: Our conclusion

The iPhone 6 Plus is well made, slim and lightweight. It has a large screen that is ideal for movies and gaming, and yet it misses out on being the excellent phablet we were hoping for. Samsung cleverly created a niche for its Galaxy Note devices, but it feels like Apple has played safe and somehow sold the 6 Plus short.

Apple has tweaked the software to make the most of the larger display – but even so it is not possible to run apps alongside each other – and there is no facility for using anything except a basic stylus with a rubber end – it’s certainly not up there with the Samsung S Pen. 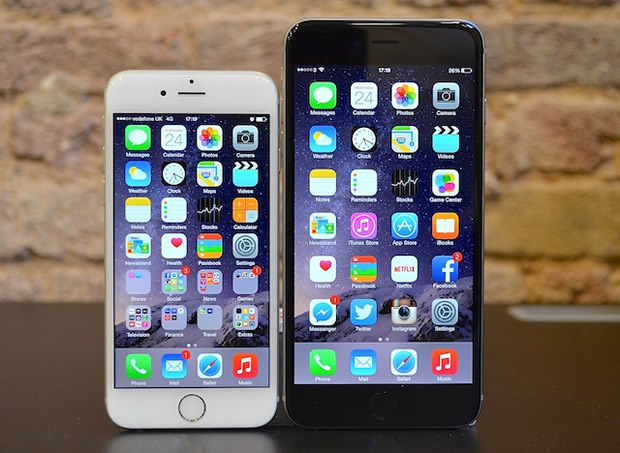 If you’re an Apple fan and are looking for a massive screen, and don’t want to switch to Android, the 6 Plus will be what you’re looking for – and in actual fact even if you just want an Apple phone with superior battery life this could be the phone for you.

But I suspect that most consumers will just think it is too large – and iPhone fans in particular will feel it is too unfamiliar.

If you love your iPhone and have been looking for a bigger version, then the 6 Plus is just what you need – it’s a pity that Apple hasn’t really made the most of the extra space on offer and brought a really unique device to the market.

The iPhone 6 Plus may be a step into the unknown for Apple, but they could have made a braver leap.