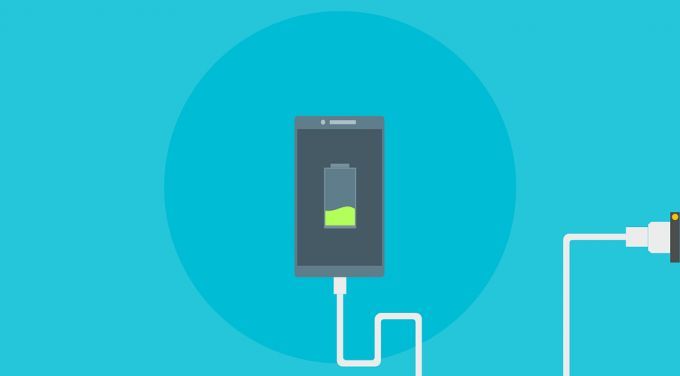 While smartphones keep getting better, one aspect that can sometimes seem forgotten about is battery life, with many handsets prioritising slimmer builds over big batteries.

But there are some phones that have great battery life, and we’ve come up with a list of five of the very best ones that are widely available in the UK.

The good news is, you don’t even have to buy a flagship to get a long-lasting handset – some budget phones have some of the biggest batteries, so you’ll find handsets at a range of prices here, covering everything from the top-end iPhone 13 Pro Max to the very affordable Samsung Galaxy A13 4G, among others.

The Samsung Galaxy S21 Ultra was Samsung’s ultimate, no-compromise flagship for 2021, and that includes the battery, which is an enormous 5,000mAh.

It’s worth noting that there’s now a Samsung Galaxy S22 Ultra, but in most tests that phone doesn’t quite hold up as well for battery life.

Its 5,000mAh battery gives the S21 Ultra a whole lot of life, though using advanced features like its 120Hz screen and 5G can lessen this somewhat.

Still, most users will be able to go a long time between charges, and with 25W wired or 15W wireless charging you can power back up quickly. You can also make the most of that substantial juice pack by using the Galaxy S21 Ultra as a wireless charging mat to juice up other devices.

Elsewhere, the Samsung Galaxy S21 Ultra has high-end power, a quad-lens camera led by a remarkable 108MP sensor (and also packing a 10x optical zoom lens), a massive 6.8-inch 1440 x 3200 screen, and just about everything else you might reasonably want from a phone.

The OnePlus 10 Pro has a 5,000mAh battery, just like many flagship phones. Still, while not uncommon that’s about the biggest battery you’ll find in all but very niche handsets, and the OnePlus 10 Pro makes it last a long time.

In our review we got through a 17-hour day (with 4 hours of screen-on time) with 55% still left in the tank, which suggests that at a push the OnePlus 10 Pro might stretch to two days of life, and certainly isn’t in much danger of lasting less than one day.

When it does come time to charge, the OnePlus 10 Pro also benefits from incredibly fast 80W charging, or almost as impressive 50W wireless charging, so you needn’t be tethered to a charger for long.

And while this phone is in this list for its battery life, it also excels in other areas, including its screen, power, and design.

The Samsung Galaxy A13 is an exceedingly cheap phone with a rather large 5,000mAh battery. And like many other cheap phones its lack of high-end specs helps the battery go further, as it doesn’t have to push a vast number of pixels on its 1080 x 2408 screen.

That screen is a decent size though at 6.6 inches, making it a good choice for media, especially as Samsung claims the Galaxy A13 can last for up to 20 hours of video playback. It’s also rated for up to 21 hours of internet use or 94 hours of audio playback.

The Samsung Galaxy A13 4G also benefits from a quad-lens camera with a 50MP main snapper, expandable storage, and a 3.5mm headphone port – which is something many pricier phones have ditched. It’s not the most exciting of handsets, but if battery life and price are your key concerns then it’s a top choice.

The Honor Magic 4 Lite has a 4,800mAh battery, so it’s slightly smaller than many of the best battery life phones, but like other entries on this list it makes the most of its capacity.

We found that its life was excellent in fact, with the phone comfortably lasting one day and showing the potential to stretch to two with frugal use. It also charges very quickly, thanks to 66W charging support – though note that there’s no wireless charging.

Elsewhere, the Honor Magic 4 Lite is a capable mid-ranger, with a 6.81-inch 120Hz display, a triple-lens camera, and 128GB of storage. Outside of its battery life it doesn’t excel, but if you can’t stretch to a flagship then it’s a very solid choice.

The iPhone 13 Pro Max is a surprising entry on this list, since Apple’s phones don’t tend to have great battery life. But the company has finally broken that pattern here, despite the phone only having a 4,352mAh battery to play with.

Apple claims it can last for up to 28 hours of video playback, and while your own mileage may vary, we can confidently say that this is both the longest-lasting iPhone ever, and a very long-lasting phone in general.

Charging is slightly less impressive at 20W (or just 15W for wireless charging), but most other aspects of the iPhone 13 Pro Max impress, from its brilliant triple-lens camera to its great 120Hz screen and its enormously powerful A15 Bionic chipset.

So there you have it, five of the longest lasting phones around. In fifth place we have the super-premium Samsung Galaxy S21 Ultra, followed by the almost as high-end OnePlus 10 Pro in fourth.

The cheap Samsung Galaxy A13 4G and mid-range Honor Magic 4 Lite take third and second place respectively, and then in first place it’s the iPhone 13 Pro Max, with its surprisingly superb battery life.

So there should be something for everyone here, but any of these phones will last you a long time between charges.