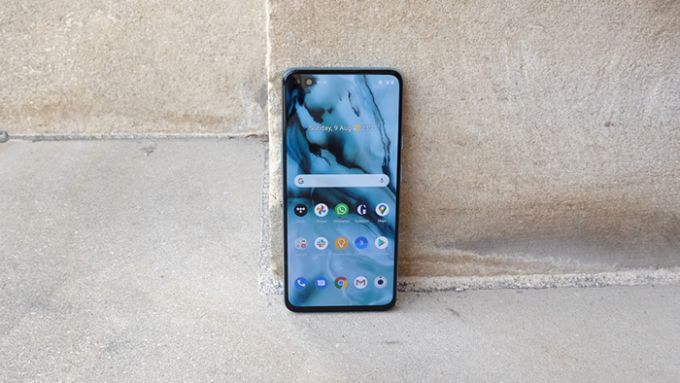 The OnePlus Nord is a tremendously feature-packed phone, with loads of cameras, 5G, a great screen, and all sorts of other specs and features. Given how little it costs it's one of the very best phones in its price bracket.

The OnePlus Nord is in many ways a return to the old days of OnePlus handsets – phones that weren’t quite flagships but came very close, and at a much lower price.

In the case of the OnePlus Nord you’re getting a phone with 5G connectivity, four cameras on the back, two on the front, a sharp screen with a 90Hz refresh rate, and more besides.

All that and it comes in at a mid-range price, undercutting flagships, including the likes of the company’s own OnePlus 8 and OnePlus 8 Pro. Of course, to achieve that price some things aren’t as good as on truly high-end phones, so read on to find out what – and whether OnePlus has struck the right balance. 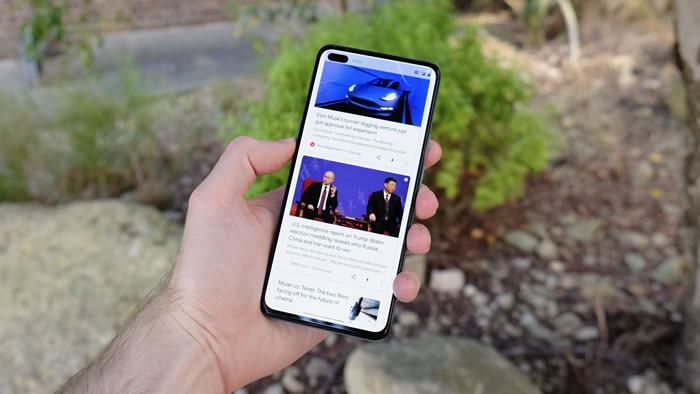 The OnePlus Nord has a 6.44-inch 1080 x 2400 AMOLED screen which comes in at 408 pixels per inch. AMOLED is always a good start (images tend to look better on it than on LCD) and the display here is fairly sharp – it’s not QHD, but it’s in line with what we’d expect at the price.

Where it excels though is in having a 90Hz refresh rate. That means the display refreshes more often than most phones (which have 60Hz refresh rates) leading animations, transitions, and the like to look smoother and everything to feel more responsive.

The OnePlus Nord also supports HDR10+, and all of those things combined make this one of the very best smartphone screens you’ll find in its price bracket. 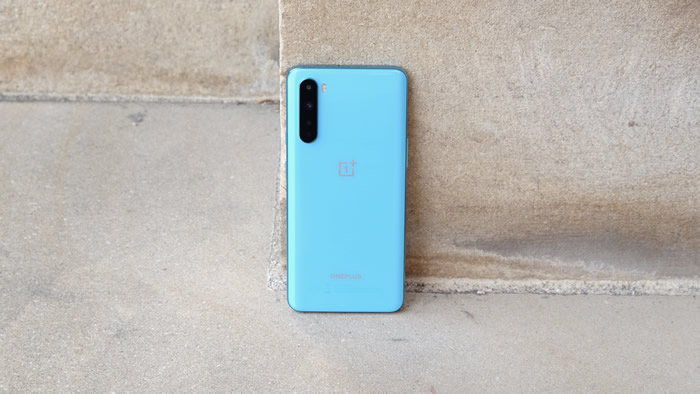 The design of the OnePlus Nord also impresses, as it has a glass back and an all-screen front, with just a cut-out in the top left corner for the selfie cameras.

It looks great, but there are two signs that this is a slightly cheaper handset than, say, the Samsung Galaxy S20.

First, the frame is plastic, and second, there’s no water resistance rating, so you should try not to get this thing wet.

But given the price they’re both forgivable, especially when you consider that even the standard OnePlus 8 doesn’t have an IP rating for water resistance.

The OnePlus Nord doesn’t have flagship power but it’s still a fairly speedy handset, as it has an upper mid-range Snapdragon 765G chipset. That’s an octa-core one with one core clocked at 2.4GHz, one clocked at 2.2GHz, and six running at 1.8GHz.

It also comes with a choice of 8GB or 12GB of RAM – the latter of which really is a flagship amount. Performance then won’t be a match for the OnePlus 8 range, let alone something like the Samsung Galaxy S20 Ultra, but it is better than, say, the Samsung Galaxy A71.

The OnePlus Nord also supports 5G of course, so mobile data is very speedy – assuming you have 5G coverage and a 5G plan.

And while the actual power isn’t a match for some phones, it is in line with what we’d expect at this price. For example, it’s slightly better than the Google Pixel 4a, which has a similar starting price. 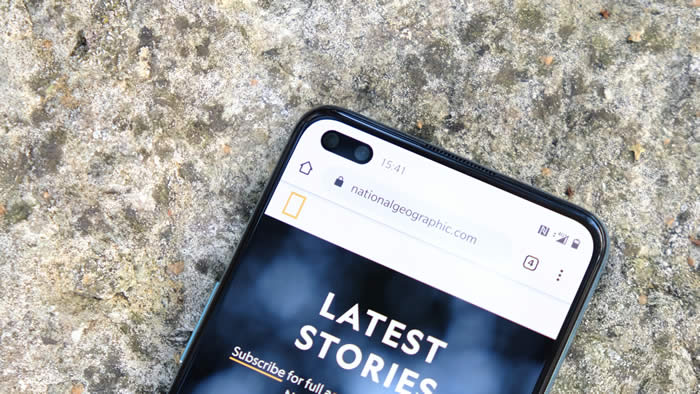 The OnePlus Nord doesn’t settle for just one or even two rear cameras, it’s got four – along with two additional ones on the front.

Very few phones have as many as six cameras in total, no matter how much you spend. Of course, quality is more important than quantity, but the OnePlus Nord holds up fairly well on that front too.

Of those the 48MP camera is the clear highlight, and it performs well taking detail-packed photos, which is as you’d expect since it’s the same main camera as the OnePlus 8 has.

The 8MP ultra-wide snapper is also very capable for when you want to fit more into your shots. The other two rear sensors are less interesting, but between the four there’s a large assortment of camera modes, including an impressive night mode. The camera can also record video in up to 4K quality at 30fps.

Moving on to the front cameras, there’s a 32MP f/2.45 main one and an 8MP f/2.45 ultra-wide one. This is a setup that has most phones beat – giving you a pixel-packed main camera as well as the option to widen the captured scene so you can fit more people or background in.

All in all it’s a great showing, especially for the price. We’d have liked to see a proper telephoto camera included on the back, but for the money we’re not surprised it’s absent. 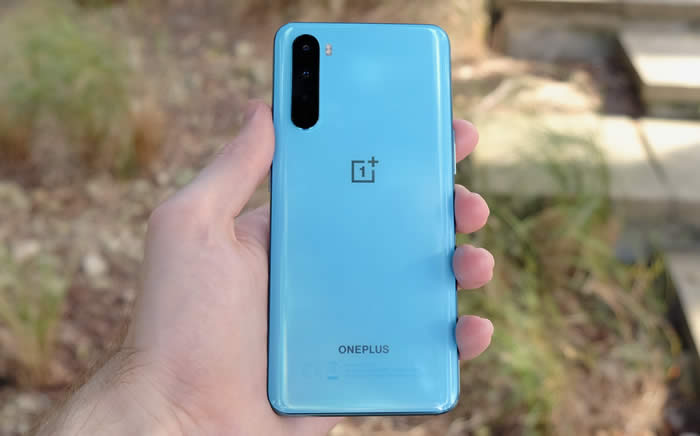 One notable feature of the OnePlus Nord is its in-screen fingerprint scanner. That’s a feature that’s becoming increasingly common, even in mid-range handsets like this, but two of its biggest rivals (the Google Pixel 4a and iPhone SE 2020) don’t have such a scanner, so that gives the Nord an edge over them.

The OnePlus Nord also sports Android 10 with the company’s OxygenOS interface on top. This interface is light on bloat and heavy on optimisations, making for a slick, smooth experience when navigating the phone.

The OnePlus Nord has a 4,115mAh battery, which is a reasonable but not massive size and it’s arguably one of the weak points of the phone, as while battery life is adequate, it’s far from exceptional. In other words you can expect around a day of life.

When it comes to charging there’s 30W fast charging tech available, which can get the OnePlus Nord from 0% to 70% in just half an hour, so you’ll never be waiting long for the phone to juice up. However, in what’s presumably a cost-cutting measure there’s no wireless charging.

Memory comes in at a choice of 128GB or 256GB, so there should be plenty, but there’s no microSD card slot for expansion.

The OnePlus Nord is a fantastic mid-range smartphone, and one that betters its main competition in a number of ways.

From its large number of cameras to its 90Hz refresh rate, 5G, AMOLED screen, slick software and modern, mostly premium design, this phone packs in an awful lot for not very much money.

It’s clear where costs were cut, from the lack of wireless charging and water resistance rating, to the slivers of plastic in the build and the absence of a true telephoto camera, but these are all understandable for what the Nord costs, and for most people are unlikely to be big issues.

This isn’t as good as the OnePlus 8 range, but it gets very close, and shows just how much phone you can still get for less than half what a top-end handset would cost.