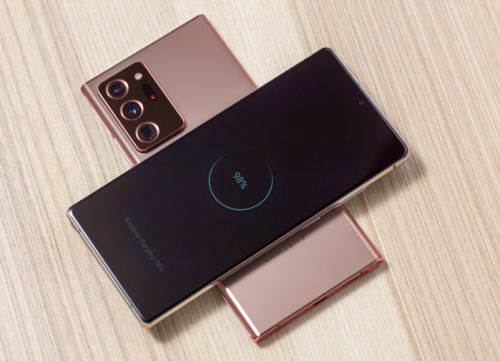 The Samsung Galaxy Note 20 Ultra is one of the very best Android phones you can buy. If money is no object and can you live with a few niggles then it's an excellent choice.

Like that phone this is packed full of top-end tech and features, as well as coming in at a top-end price. But being a Note handset you also get the near-unique benefits of the range, such as a stylus, and Samsung has improved on some of the issues with its previous Ultra, going some way to making this a truly ultra handset.

So is the Samsung Galaxy Note 20 Ultra worth its massive price tag? And is it the right phone for you? Read on to find out. 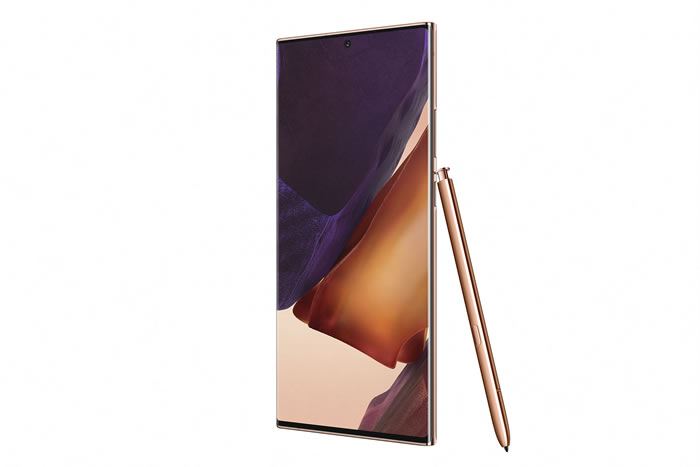 The Samsung Galaxy Note 20 Ultra has a 6.9-inch 1440 x 3088 Dynamic AMOLED 2X screen with 496 pixels per inch. So it’s enormous – almost tablet-sized in fact – as well as being very high resolution, and very high quality – images look truly great on it.

The Note 20 Ultra’s screen also supports HDR10+, so compatible content looks even better, and thanks to having barely any bezel around it this massive screen doesn’t take up any more space than it needs to. The screen is also slightly curved at the edge, like most Samsung flagships, giving it a stylish look.

One of the biggest highlights of the display though is its 120Hz refresh rate, which makes interactions feel smoother. This isn’t a new trick – the Samsung Galaxy S20 range among others have the same refresh rate – but it makes a real difference.

However, it’s also in a sense a weakness of the screen, as on the Note 20 Ultra you have to drop the resolution to 1080p if you want a high refresh rate, so you have to choose between pixels and smoothness.

While this isn’t as much of a problem as it might sound (1080p still looks great) it’s worth noting that some rival phones such as the OnePlus 8 Pro don’t make you choose. 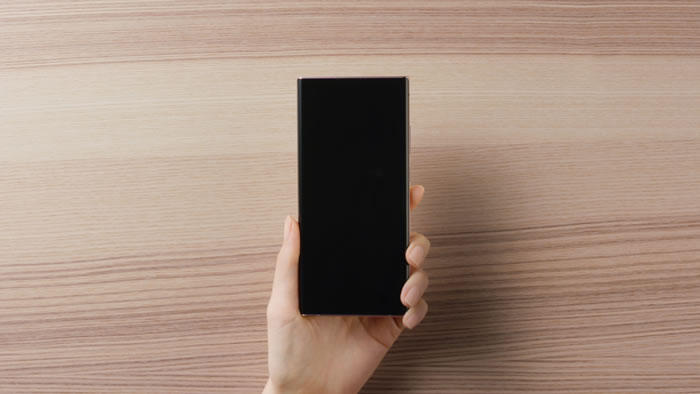 Samsung’s flagships always look great, so that was never in doubt here. The Note range also looks a bit more distinctive than most phones, thanks to its slightly angular design.

That aside though it’s a metal and glass slab like most handsets – there’s a metal frame sandwiched between two pieces of glass.

The screen as noted above has hardly any bezel around it, so the phone looks utterly premium from the front. The large camera block on the back is slightly less attractive, but it’s likely necessary for all the photographic hardware.

It comes in Mystic Bronze, Mystic Black, and Mystic White shades, of which the bronze is the only slightly more unusual and interesting choice, but while less exciting you can’t go wrong with black or white.

One other thing to note on the design front is that the Samsung Galaxy Note 20 Ultra 5G has IP68 certification, meaning that it’s safe to get it wet. That’s a standard flagship feature, but still reassuring to have.

The Samsung Galaxy Note 20 Ultra is powered by the Exynos 990 chipset in the UK. That’s the same chipset as the Samsung Galaxy S20 range, and while it’s top of the Exynos range (and therefore very powerful) in benchmarks it doesn’t perform quite as well as Apple’s best chipsets or as the Snapdragon 865 or 865 Plus – which can be found in the likes of the OnePlus 8.

That’s slightly disappointing for such an expensive phone, especially as the US version of the Samsung Galaxy Note 20 Ultra actually does have a Snapdragon 865 Plus chipset. But in use you’re not likely to notice any lack of power, especially as the phone has 12GB of RAM.

Indeed, this is still one of the most powerful phones you’ll find in 2020, it’s just not quite the very most powerful. 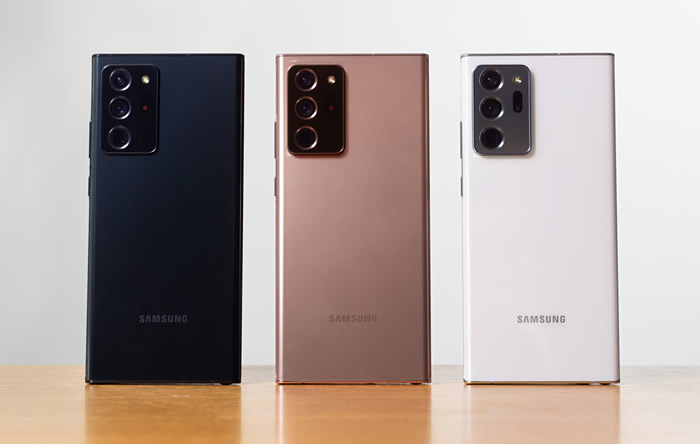 There’s a triple-lens camera on the back of the Samsung Galaxy Note 20 Ultra. The main lens is a 108MP one with an f/1.8 aperture and optical image stabilisation (OIS). Then there’s also a 12MP f/2.2 ultra-wide one and - arguably the highlight of the three – a 12MP f/3.0 one with OIS, 5x optical zoom and 50x hybrid zoom.

Those zoom levels are impressive, and while you lose a lot of quality at 50x you can still zoom in surprisingly close while getting useable photos.

It’s a great feature, and where the zoom on the S20 Ultra could sometimes feel like a bit of a gimmick, here it really works.

The other lenses impress too, taking sharp, detailed photos, and when it comes to video you can shoot in up to 8K quality at 24fps. Arguably it’s no better for video than other flagships, but it still holds its own.

Then on the front there’s a single 10MP f/2.2 selfie camera. This is the most ordinary aspect of the Note 20 Ultra’s camera setup, but it’s still perfectly adequate for shooting selfies.

The main feature of the Samsung Galaxy Note 20 Ultra is of course its S Pen stylus. This allows you to sketch on the screen, write things as if with a pen, and make use of other handy features, such as using it as a remote shutter button for the camera.

It’s a great accessory and one we wish more phones would offer. That said, if you don’t think you’d use it much then, well, you’re probably right. The S Pen is ideal for certain users and uses, while everyone else will probably barely touch it after the initial novelty wears off.

Beyond that, it’s worth noting that the phone has an in-screen fingerprint scanner (like most flagships), and that unlike most flagships you can access DeX mode, which is a PC-like interface that displays when you connect the phone to a monitor or TV, unlocking serious productivity power.

There’s a 4,500mAh battery in the Samsung Galaxy Note 20 Ultra, one that offers above average life, but only slightly. So you’ll get a day out of it and maybe even to lunchtime of day two at a push, but you’re unlikely to get two days of life.

There’s 256GB or 512GB of storage (there is also a 128GB model but this isn’t available in the UK at the time of writing). Whichever size you choose you also get a microSD card slot, so space is plentiful.

Connectivity options include 5G of course, as well as 4G, Bluetooth 5.0, and NFC.

The Samsung Galaxy Note 20 Ultra 5G is an extremely impressive handset. It has an excellent camera, especially if you like to zoom in close, plus there’s loads of power, one of the biggest and best screens you’ll find on a phone, loads of storage, a premium design, and an S Pen stylus.

And those are just the headline features. This phone has almost everything you’d want from a flagship and almost all of it impresses.

The fact that you can’t combine its top refresh rate with its top resolution is a shame, as is the choice of chipset, but they’re both tiny niggles really. The bigger issue is the price, as this is one of the most expensive phones on the market.

But if you want all of its features, or even just want the S Pen stylus, it’s probably worth it – few phones offer an experience close to this, and it’s a big upgrade on the standard Samsung Galaxy Note 20.